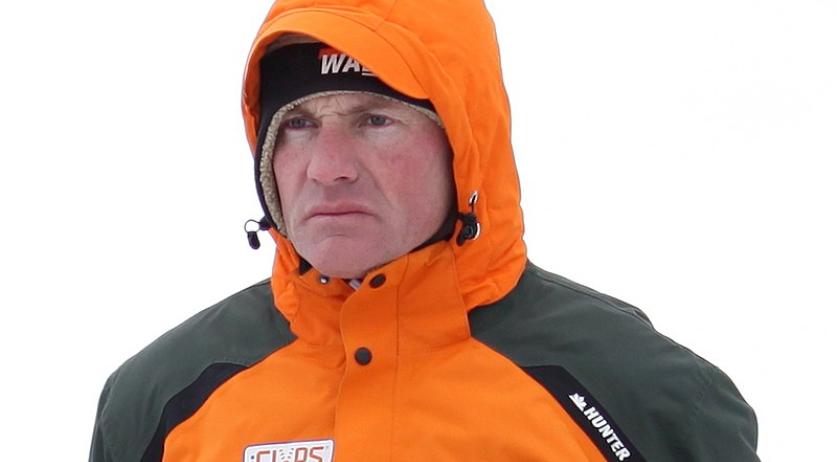 Henk Angenent made an attempt on Sunday to complete the Eleven Cities Tour again. This Dutch long-distance skating competition that leads past eleven cities in the province of Friesland has not taken place since 1997.  The 53-year-old Dutchman is still the winner of the last 'tour of tours'.

Angenent left on Sunday around 8.00 am with a small group, including singer Syb van der Ploeg, from the start and finish town of Leeuwarden. In some places, the ice turned out not to be thick enough. At the end of the morning, Angenent's group, therefore, decided to leave the ice at Balk and skip a section.

The Dutch skating association warns skating enthusiasts on Sunday to keep a close eye on the quality of the ice, because it is not equally reliable everywhere. The KNSB also calls on people to stay close to home.

"It has been in my mind for a long time to do it once", Angenent said in a conversation with the local newspaper Leeuwarder Courant before leaving. "Preferably the real one, but that is not possible this time and we do not know when it will happen."

"It will be ten years later and I do not know how I will feel physically. I am now reasonably fit. We want to skate it once and it is now somewhat possible, so we will just do it," he said.

Angenent won the Eleven Cities Tour in 1997 and after that the 'tour of tours' was no longer held. Never before has it taken this long before a new edition could be held. The old record (8,070 days) was broken in February 2019.

Last week, for the first time in years, speculations about a possible competition were floating around due to the prolonged frosty weather, but the so-called Eleven Cities Fever turned out to be nothing more than vain hope.

In addition to the fact that the ice is probably not thick enough everywhere, the Royal Association of De Friesche Elf Cities has already ruled out a new edition several times. The organizer considers it "impossible and irresponsible" to organize an Elfstedentocht due to the corona crisis.