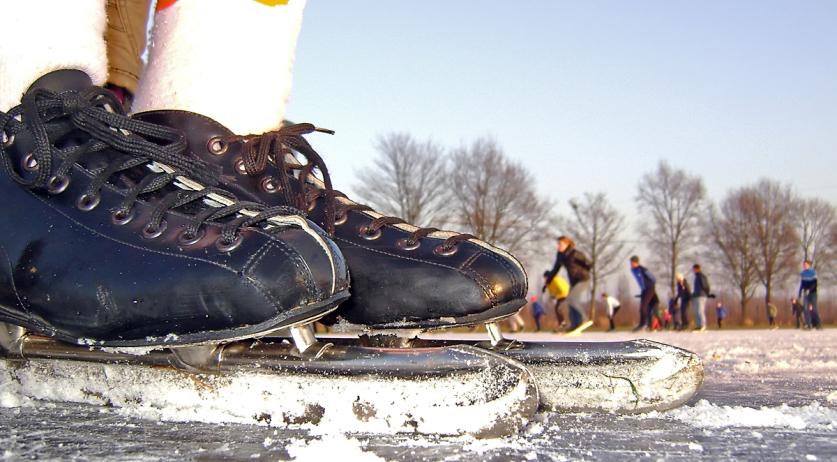 The crisp winter temperatures combined with a clear blue sky have resulted in ideal conditions for ice skating on Saturday. Thousands of people in the Netherlands have profited from the beautiful weather to go for a spin on the various lakes and creeks across the country. This, however, has also caused trouble as injuries have piled up and corona measures are not followed. Traffic was also under pressure as many people traveled far distances to go ice skating.

In the municipality of De Ronde Venen (Utrecht), police have issued fines to people who did not adhere to the rules. Several visitors parked their cars incorrectly and have thus received a parking ticket.

In Alphen aan den Rijn (Zuid-Holland), people were asked not to come to the Treinweg to sake anymore. According to the municipality, the corona rules cannot be guaranteed. Equally, in Eindhoven, the Karpendonkse Plas was overcrowded. The city asked people to visit another place to skate.

The North Holland municipality of Waterland announced on Saturday morning that it had closed the N518 towards Zuiderwoude and Marken. Many people wanted to go ice skating there, which resulted in the gathering of large crowds.

Ice skating in the center of Amsterdam

On Saturday morning, people were spotted ice skating on the Prinsengracht in Amsterdam. The ice on the canals still seemed too thin for a long time, but a group of about thirty people ventured onto the ice. The municipality of Amsterdam has warned that the ice on the canals is often still unreliable. On Thursday, a man was fined for breaking the ice on the Prinsengracht, for which a sailing ban had been issued to promote ice formation.

The municipality called on the residents of Amsterdam to go skating in their own neighborhood as much as possible to prevent crowds and thus the spread of the coronavirus. Officials have announced that they would not hesitate to seal off parts of the ice if it got too crowded.