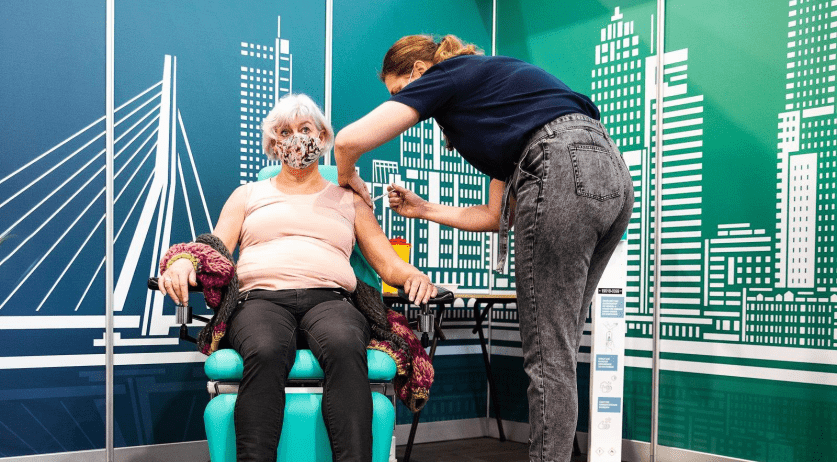 The number of new coronavirus infections in the Netherlands over the past seven days fell by over 12 percent. The rate in which people who reported to the GGD for a coronavirus test also showed an important drop to 12.8 percent from 13.7 percent during the previous week.

”The declining figures are the first effect of the lockdown that took effect on December 15,” public health agency RIVM said in a statement. “We are also seeing a decrease in the percentage of people with symptoms similar to COVID-19,” the RIVM added, referring to its weekly tracking of health complaints.

Hospitalizations for Covid-19 also fell by 18 percent for the week, down to 1,503. During that time, 297 people were moved into intensive care units, a 12 percent decline. At the same time, 743 deaths caused by the coronavirus disease were reported to the RIVM. That figure rose by 20 percent.

Out of all age categories, there were only increased infections measured per capita among those aged 18 through 24. Younger teens and those in their mid-twenties remained relatively flat, but there were fewer positive tests among all other age groups.

Infections were most commonly acquired at home, and there was a sharp rise in people who were infected during visits with friends or family members from other households. This was largely attributed to the holidays. For the week ending December 29, approximately 23 percent of those whose infections were traced were sourced to such visits. This week that figure rose to 36 percent. Unsurprisingly, workplace infections fell during this time, though it was not clear how much of that was due to the holidays versus the lockdown.

The GGD determined that 733 people who tested positive over the past week had traveled within 14 days of getting tested. The most common countries visited were Germany (152), Belgium (100), Poland (77), Spain (42), and the United Kingdom (38).

In the run-up to Christmas Day, the R-number rose from 0.91 to 0.95, meaning that 100 people contagious with the virus likely infected 95 others. There were 173 thousand contagious people at that time, a figure which fell to an estimated 141 thousand on New Year’s Eve.

Fewer people self-reported to the municipal health services for a coronavirus test during the first full week of the year, preliminary data from the RIVM showed. Where nearly 350 thousand people made an appointment with a branch of the GGD during the last twp days of 2020 and the first five days of 2021, about 324 thousand had themselves tested over the past week.

Roughly 883 thousand people in the Netherlands have tested positive for the SARS-CoV-2 coronavirus infection since the end of February. About 12,560 of them died from Covid-19.

An estimated 34 thousand have needed hospital care for the coronavirus disease. Nearly 7,250 were treated in intensive care.