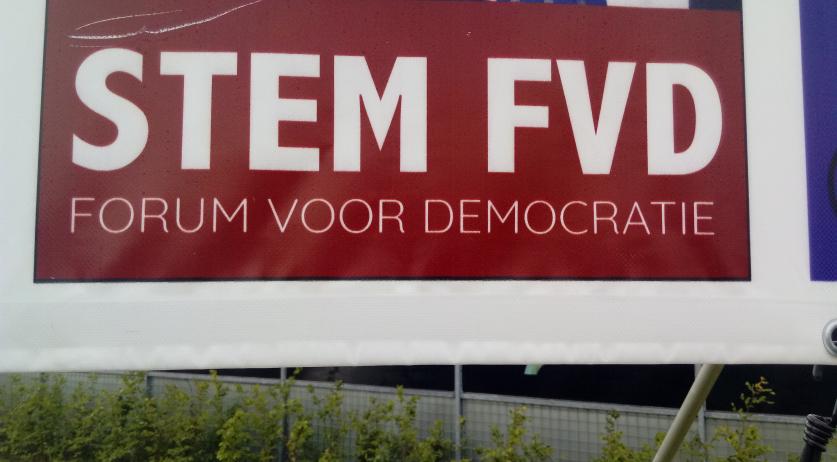 FvD presents candidate list and election program, party wants The Netherlands to leave the EU “in an intelligent way”

Political party FvD (Forum for Democracy) announced its candidate list on Saturday. Thierry Baudet maintains his number one spot, while the former VVD member Wybren van Haga came in second. Also notable is the number seven on the list, which was once again reserved for the controversial chairman of the youth branch of the FvD, Freek Jansen.

Some are surprised to find Jansen this high up on the list, following a string of scandals involving the party’s youth branch (JFvD). On several occasions, members of the chapter were accused of being sympathetic towards Nazi ideologies and radical right-wing thinking. In November, newspaper Het Parool obtained numerous WhatsApp conversations containing anti-Semitic and homophobic statements. This controversy eventually led to the, albeit short-lived, resignation of Thierry Baudet as party leader.

As Baudet reclaims his number one position, Jansen is there to support him. Freek Jansen has been Baudet’s confidant for four years and functions as his right-hand man. Reportedly, he arranged for the party leader to meet with the American white supremacist Jared Taylor and the far-right organization Erkenbrand.

Van Haga’s number two spot also came as somewhat a surprise. He was expelled from the VVD fraction last September and continued as a one-man party for some time. At the end of last month, he officially joined the FvD.

The party also presented its draft election program, which contained the FvD’s fixed program points. For example, they want to introduce binding referendums, a strict immigration policy, and no more Covid-19 lockdowns, although they don’t specifically mention the word lockdown. “The Netherlands will open again and return to normal,” reads their election program. The party also wants to set up a “national pandemic center” against subsequent pandemics. There should also be more IC beds made available.

Moreover, the party does not want money to go to climate plans, and the Netherlands must leave the EU “in an intelligent way.” With its election program, the FvD seeks to put the Netherlands “back in the first place,” says party leader Baudet. “Forum for Democracy continues to build with this detailed, well-thought-out program,” he says. “The cartel parties all want about the same: more immigration, more climate costs, more Brussels. We present the alternative.”