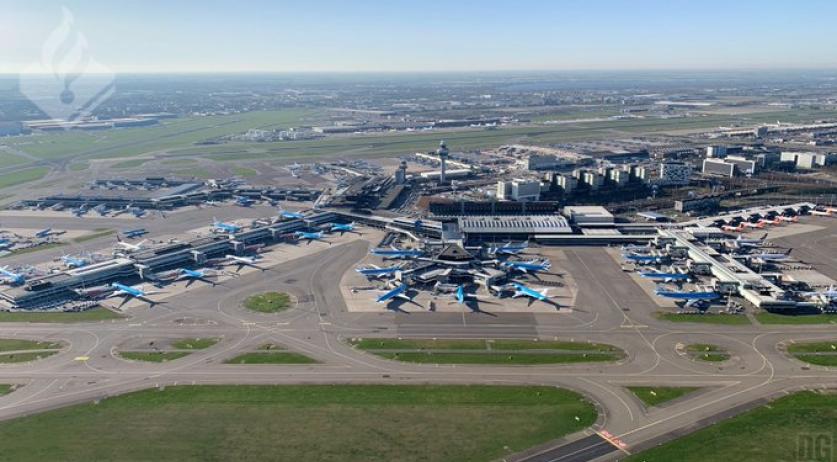 Vacation flights cancelled after Schiphol gets too busy for Covid measures

Holiday flight operators TUI and Corendon announced on Wednesday they would be cancelling all trips to vacation destinations after Minister Cora van Nieuwenhuizen said she was “disappointed and angry” about the long lines of passengers at Schiphol Airport near Amsterdam. Van Nieuwenhuizen informed Parliament that she was putting together a plan to force travelers to sign a formal statement indicating their cross-border trips are urgent and necessary.

Earlier this week, the Netherlands entered a hard lockdown after the average number of new coronavirus infections uncovered daily rose by two-thirds. “For unnecessary trips abroad, the urgent advice also applies: do not do this, and do not book a trip for the period until mid-March. That was previously mid-January. The risks and uncertainties are simply too great,” said Prime Minister Mark Rutte when he announced the lockdown measures.

Schiphol Director Dick Benschop also called on passengers only to travel if their flights are absolutely necessary. "We all are in a difficult situation in the Netherlands that we all have to get through. We all have to do what we are advised. That also applies to traveling," Benschop said on Wednesday night's broadcast of Nieuwsuur. "There is clear advice not to travel, unless it is necessary, and I support that call."

Travel operator association ANVR said it wants a full stop on airline ticket sales to countries for which a Code Orange alert was issued by the Ministry of Foreign Affairs for health reasons. Aruba, Bonaire, Sint Maarten and Spain -including the Canary Islands- all went to the orange level overnight, indicating people should only visit if absolutely necessary. They were the last regions on the planet that were still at the milder Code Yellow alert level following Rutte's speech.

TUI said it would repatriate its customers who were already abroad and needed to return to the Netherlands. KLM was looking at cutting back further on its own flight schedule while its subsidiary, Transavia, said it was also investigating what adjustments need to be made, according to NU.nl.

Many travel providers put substantial discounts on their ticket prices during sales in October, November and December, including during the Black Friday period. “Airlines are continuing to sell tickets to orange countries, to my frustration, without checking whether a trip is necessary,” said ANVR chair Frank Oostdam.

He said such ticket sales should be halted, just as non-essential stores in the country have been closed.

Van Nieuwenhuizen said she was annoyed that even after the somber message delivered by Rutte people flocked to the airport. “We are expressly requesting that nobody travels abroad for a holiday. So not by plane, not by train, not by boat and not by car across the border,” she wrote in her letter to the Lower House of Dutch Parliament..

“In any case, I am investigating whether it is possible to introduce a declaration in which travelers indicate whether it concerns a necessary trip,” she stated. She will reveal more about the idea, and whether or not it is feasible, early next year.