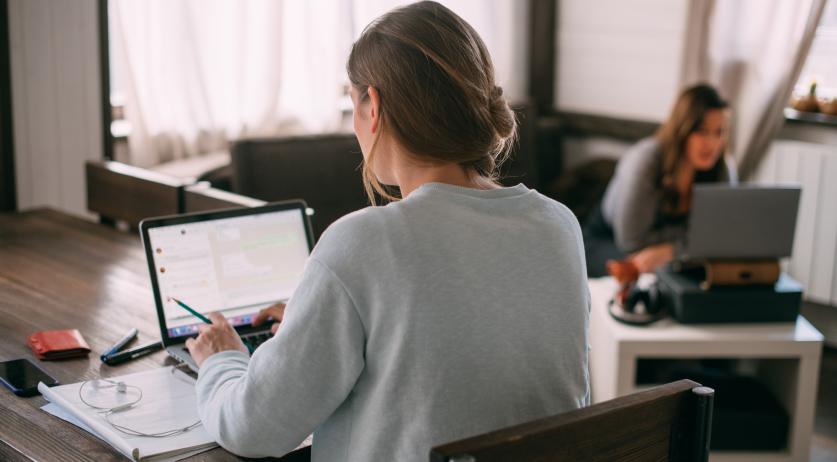 In the Tweede Kamer, the Dutch House of Parliament, a motion has been introduced to check whether people are actually working from home. GroenLinks and the PvdA are in favor thereof. Prime Minister Mark Rutte said on Monday that Dutch people still work too much, and with too many people, at the office since the summer holidays.

Despite the urgent advice for people to work home, the workplace remains the second-largest source of corona infections, even before schools, according to data from the Dutch Health agency RIVM. A report by the Christian National Trade Union Federation (CNV) also found that almost 20 percent of employers want their employees to come to the office. This is not only for production or service jobs that cannot be done from home but also for professions in which people can easily work from home.

The chairman of the CNV, Piet Fortuin, however, is against making working from home mandatory. “I am very much for advice and responsibility. If you are going to make things mandatory, you also have to enforce it. I don’t see the Labor Inspectorate going from door to door yet,” he said.

Yet, this might exactly become the case soon. GroenLinks and the PvdA would be in favor of the Labor Inspectorate conducting random inspections at offices. According to Jesse Klaver, GroenLinks party leader, the Labor Inspectorate should set maximum limits to how many people are allowed to work in a building. In extreme cases, they should have the authority to close buildings down.

The PvdA also wonders why there are no inspections. PvdA MP, Gijs van Dijk said that “we are in favor of that. Instead of closing primary schools to keep parents at home, employers should be approached.” The VVD and CDA disagree with strict enforcement. “We must better facilitate employers and employees to actually achieve working from home,” says CDA MP Hilde Palland. She thinks that Rutte’s statement was another wake-up call.