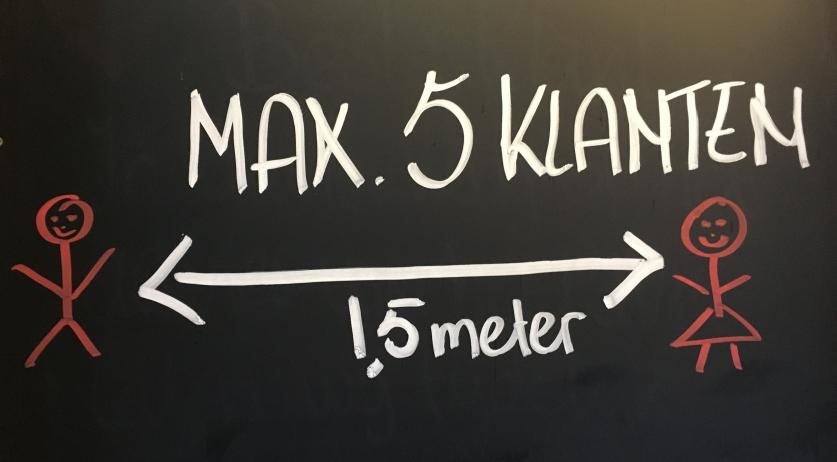 The number of new coronavirus cases reported in the Netherlands on Thursday hit 12,844, a figure which set a new single-day record for the country. It raised the seven-day rolling average to a staggering 9,605, nearly double the average at the start of the month.

RIVM data from Thursday likely included some results from previous days, as a computer system used for contact tracing at municipal health service GGD was overtaxed earlier in the week. "But even including that correction, the numbers are high," a spokesperson for the RIVM told broadcaster NOS, explaining that about six thousand positive diagnoses for the SARS-CoV-2 coronavirus from earlier this week were still being added to daily reporting. It was not clear how much of that total was added to Thursday's figures.

Nevertheless, even with the data catch-up, the rolling average has risen for 15 consecutive days in the Netherlands. So far this week, the RIVM has disclosed 39,236 new infections, up 37 percent compared to the same period a week ago.

In Amsterdam, 544 new positive tests were recorded, raising the capital's rolling average to 396. Rotterdam added 473 more infected residents to its total, bringing that city's average to 268. In The Hague, the rolling average stood at 220 after 393 more people tested positive for the viral infection.

The RIVM noted that 77 more deaths were linked to Covid-19, bringing the country's death toll to 10,321. An average of 58 people were confirmed to have died from the coronavirus disease over the past week.

Meanwhile, the total number of hospitalized patients with Covid-19 topped two thousand for the first time since November 19. The current admitted patient total stood at 2,003, reflecting a 22 percent increase in just one week. On average, that total has risen by three percent daily for each of the past seven days, a rate which would account for roughly 2,450 patients in one week's time.

Thursday's hospital total included 1,467 patients in regular care, a net increase of 29, and 536 patients in intensive care, a net increase of ten after accounting for deaths and discharges. During the 24 hours leading into Thursday afternoon, hospitals admitted 221 people with Covid-19 into regular care, and 38 into intensive care, each about ten percent more than the respective rolling average.

Since the end of February, 652,525 people have tested positive in the Netherlands for the viral infection. Some 28,056 have been treated in regular care, and 6,048 required a stay in an ICU.