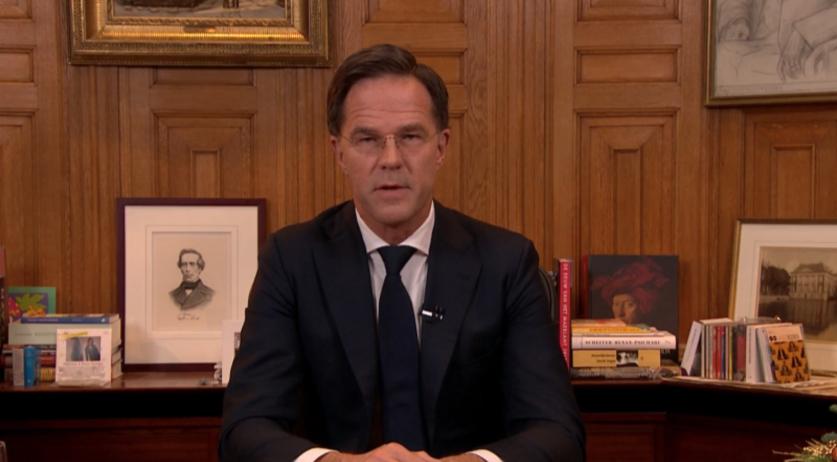 Nearly 8.4 million people tuned in to watch Prime Minister Mark Rutte's address to the nation on Monday evening. That was the first time ever in the Netherlands that so many people watched a non-sports program, NOS reports.

Over 6 million people watched on NPO 1, some 1.9 million tuned in to RTL4, and nearly 500 thousand watched an extra broadcast on SBS 6.

In his speech, Rutte announced that the Netherlands was going into a hard lockdown for five weeks, in an effort to curb the spread of the coronavirus. This involves the closure of all non-essential stores, schools, and places of entertainment like zoos and theaters. Social gatherings are limited to no more than two guests at a time, except for the Christmas days when three guests are allowed.

In March, when Rutte gave a similar address during the first wave of the pandemic, some 7 million people tuned in to watch.