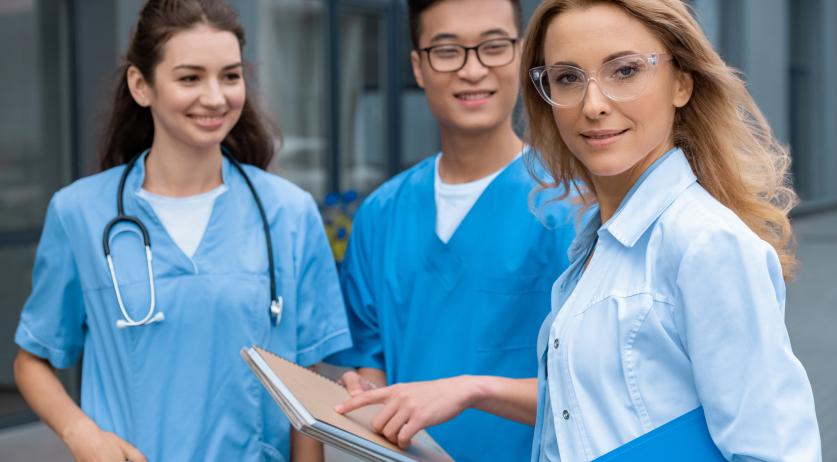 A quarter of young doctors are considering quitting their training, citing high workload and the training climate in the hospital as the main reasons, according to a survey by interest group DJS among over 1,500 young doctors. Remarkably, the researchers found that young doctors' workload decreased during the pandemic, the Volkskrant reports.

The fact that a quarter of young doctors want to quit is remarkable because almost all respondents indicated that they love the work they do. According to DJS vice chairman Steffi Rombouts, this has a lot to do with the work climate. Many doctor assistants don't dare to ask for help, and in 61 percent of cases don't get supervision if they did ask for it.

The workload is also an issue. Most young doctors already work 10 hour days, and don't get paid overtime. "More and more must be done by fewer and fewer people," Rombouts said to he newspaper. And that workload will only increase as the Dutch population ages. "There is a lot at stake," Rombouts said. "If you don't train the doctor properly now and don't create a safe working environment, you'll soon not have a good doctor."

The researchers also looked at how the coronavirus crisis affected young doctors' workload. About 60 percent of young doctors worked during the crisis. They perceived their work pressure in the first wave as lower than before the crisis. 14 percent said they felt rushed, compared to 22 percent before the pandemic.

According to Rombouts, this is because doctors worked as a team in the pandemic. "It was all hands on deck, no one really knew what to do. As a result, as a physician assistant you have the feeling less that you have to run that clinic all by yourself and not to ask too much for supervision."

The reduced workload also had to do with regular care being scaled down during the first wave of Covid-19 infections, surgeries being postponed, and young doctors' training being paused - not a long term solution.