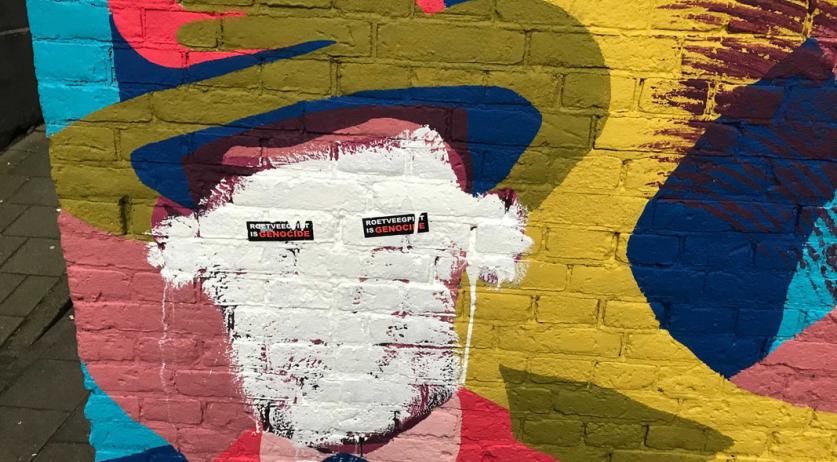 Is 'Zwarte Piet' really simply about a children's festival? The fight for racial equality in The Netherlands continues

5 December has arrived once again, the time for Sinterklaas celebrations in the Netherlands. It’s that special time of year filled with presents, candy, and heightened racial tensions.

We were reminded again of this on Thursday when the building of the Black Archives in Amsterdam was vandalized. The murals showing faces of prominent Surinamese heroes were covered in white paint and stickers with the text ’Chimney Piet is genocide.' The sticker references the use of soot smears by actors portraying the Sinterklaas assistant Zwarte Piet, instead of blackface makeup and costume elements with racially biased elements.

It almost seems like a tale as old as time. Every year, as temperatures outside drop, the tension within the country rises. The debate goes on between keeping Zwarte Piet as it is in the name of tradition or changing the image because it’s racist. And every year, the debate seemingly reaches an impasse.

This begs the question, is it really only about a figure in a children’s festival, or is there more at stake? Marvin Hokstam from Afro Magazine argues that the issue is far more deeply rooted. He tells the NL Times that, “Western civilization is built on inequality and marginalization. Those beliefs are still engrained in the DNA of western civilization. Unfortunately, some choose to ignore and even deny its existence.”

Zwarte Piet is more than just a children’s figure; For many it evokes an image of the Netherlands’ colonial past. Hokstam says that, “The Black Archives and others are doing the work. These organizations are born out of marginalization and inequality of people, their history, their culture, their stories, their bodies.” They are there to educate the people.

As Hokstam put it, “It’s the others who now need to acknowledge.”

The destruction of the murals at the Black Archives was thus a seemingly tailored move that targeted more than just the Zwarte Piet debate. “It’s very sad, and it hurts,” said Hedy Tjin, one of the artists who created the painting. The Black Archives are there to achieve equality, but as it appears, that’s not an easy goal to achieve. It is also not a new fight. A glance at history shows that the debate around Zwarte Piet and allegations of inherent racism against Black people in the Netherlands has been going on for almost a century.

Zwarte Piet through the years

2011 was a catalyst for the debate around Zwarte Piet. Since then, the country has not been able to escape the breadth of the issue, but in fact, the tradition faced criticism long before then. For decades, Zwarte Piet was a source of disagreement.

The first grievances were documented in 1927 when a Black man had to appear before a Rotterdam police judge because he had beaten a dock worker. The defendant justified his actions by stating that he had been verbally abused and said that Black people in the Netherlands are constantly denounced as Zwarte Piet.

“All legal positions are being taken away from us here in the Netherlands, because even police officers are laughing at us. Is there anything to laugh about?”

This incident was not a one-off case. In the century since the 1920s, there have been many reports of similar harassment. In 1956, a Surinamese Dutchman complained in De Telegraaf that small children were even urged by their parents to say Zwarte Piet to Black passengers on public transport. Sixty years later, this is still the case, says singer Berget Lewis in an interview with De Volkskrant on 2 July 2016. Lines such as “look, there you have Zwarte Piet” are tactless acts of ‘racial micro aggression’ and an imminent reason to criticize the tradition, critics say.

The ‘Negro Number’ of the Groene Amsterdammer

The first critique of Zwarte Piet in the media appeared on 19 April 1930 in what was called the “Negro-issue” of De Groene Amsterdammer, which included works by Black authors. The magazine was largely filled with white people’s reflections on the culture and customs of Black people. One prominent piece featured a critique about the depiction of Black people in western films. In films, Black people had to behave the way the white man wanted him to behave from his vain standpoint of supposed superiority.

“The first Negroes to appear on screen were not Negroes – they were whites who were painted black, and they gave the most humiliating, stupid caricatures that ever dishonored the […] Westerner.”

This is, of course, not a purely Dutch phenomenon. The issue of blackface was common in many western countries. This is precisely where our contemporary debate about Zwarte Piet intersects. Supporters of the tradition assert that it is not racist and that Zwarte Piet is merely dark-skinned because of chimney soot. History shows that the caricaturing of Black people goes deeper than just black face paint, with actors using thick stereotypical accents, large gold hoop earrings, and curly black wigs.

Yet, these noises were still marginal back in the day. Sinterklaas was a regular topic of discussion in the 1940s and 1950s, but that discussion mostly centered around the pedagogic virtue of Zwarte Piet. Racism was not mentioned as commonly. The real storm had yet to come.

Past the point of no return

When artists and activists Quinsy Gario and Jerry Afriyie wore 'Zwarte Piet is Racism’ t-shirts at the National Sinterklaas festival in 2011, they were arrested. This event was broadcasted across the country, and the debate reached a new level of publicity. Since then, there has been a proliferation of anti-Zwarte Piet organizations, including Zwarte Piet is Racism, Stop Blackface, and Kick Out Zwarte Piet. This was met with significant backlash from supporters who wanted to keep the tradition as it is.

Every year the debate rages on, although there has been an incremental change. Since 2013, the number of people in favor of a traditional Zwarte Piet has gone down. According to an opinion poll by EenVandaag, in 2020, 55 percent of the population say they think that the appearance of Zwarte Piet should not be changed. This was 71 percent last year.

Are people in the Netherlands ever going to come to an agreement? Possibly, but first, the country will need a catch-up lesson in colonial history. Hokstam argues that, “The Netherlands, western civilization, has to come to grips with it, acknowledge it. That’s the first and only way to reach equality.”

He continued, saying, "This is not just for Black and marginalized people, but for all of us. One humans racism reflects on all of us."

Artist Hedy Tjin says that “I hope that this will help us a step further in the fight.” However, immediately adding that “actions like this show that we still have a long way to go."

"A world without inequality is a better world for all. The same way Martin Luther King's victories benefited everyone," Hokstam concludes. 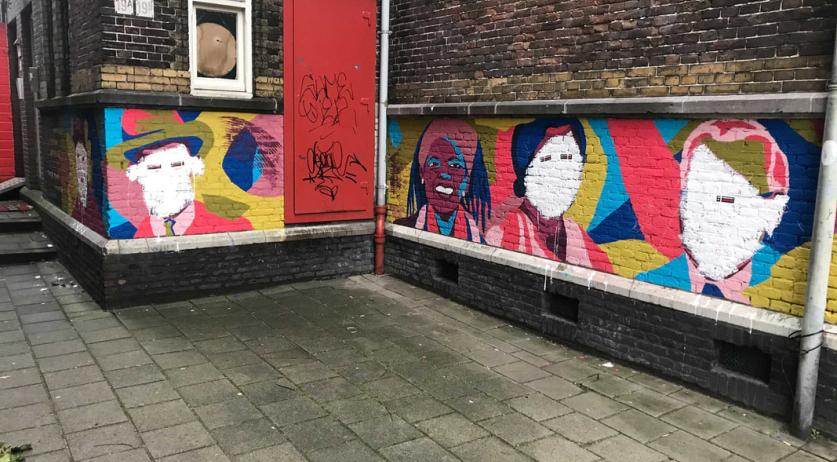