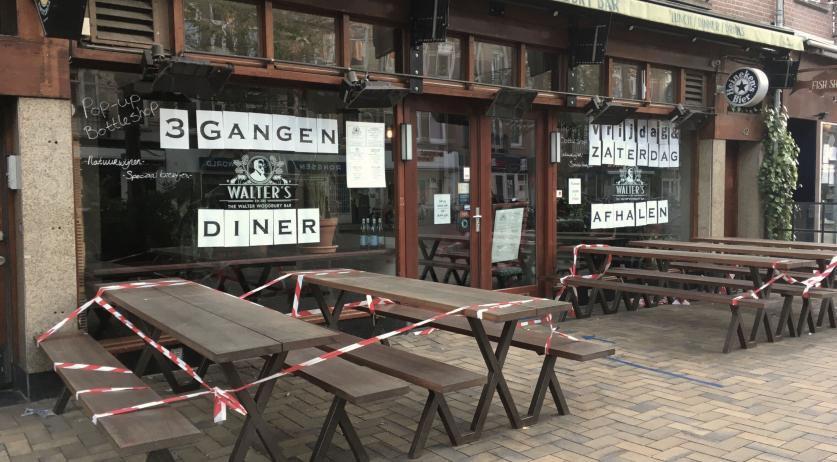 Most Dutch support restaurants that want to open in January; D66 wants experiments

Most Netherlands residents support a group of restaurants and bars that plan to reopen in January, whether the government allows it or not, according to a poll among 4 thousand Dutch by Hart van Nederland. Ruling party D66 wants restaurants to be allowed to experiment with reopening, under strict conditions.

On Wednesday, catering establishments in 50 cities and regions said that they will reopen on January 17th, no matter what coronavirus measures are in place at the time. They have no more confidence that the government wants their businesses to survive and feel they have no choice but to disobey.

64 percent of Netherlands residents support the catering establishments in this decision, according to the Hart van Nederland poll. 24 percent are against the idea. "If you just stick to the measures, then we will all be able to safely resume our normal lives," they say, according to the program.

D66 leader Rob Jetten wants to give some catering establishments the option to experiment with reopening under strict conditions, he said to newspaper AD. "The thoughts about these testing grounds date back to this autumn, but too little was done with them," he said, adding that both public health institute RIVM and the Outbreak Management Team said that such experiments could be done. "Yet that doesn't happen. That frustrates me."

According to Jetten, the government needs to offer the catering industry some prospects. "We should no longer stick to the all-or-nothing strategy. It can and must be smarter."