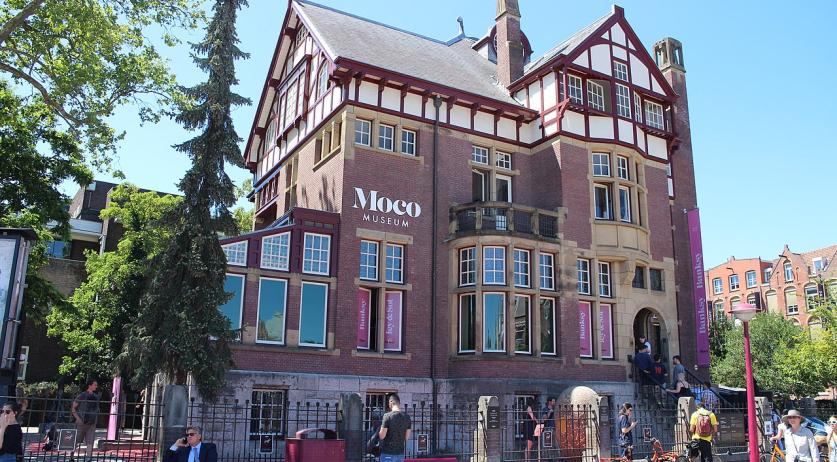 Amsterdam museum forced to sell a Banksy to keep afloat

The Moco Museum in Amsterdam had to sell an artwork by Banksy in order to keep afloat. The sale of a Crude Oil painting from the artist titled Monkey Poison raised enough to avoid having any layoffs for the coming months at least, Moco Museum owner Kim Logchies said to Het Parool on Monday.

"We have a close-knit team and during the lockdown we came together at a safe distance. In April we said: we are going to keep the team, but then we will have to let a piece go. Everyone who works at Moco loves art, so that hurt," Logchies said.

That piece turned out to be one of Banksy's Crude Oil works. It was sold to an American for an estimated two million dollars. It will not disappear from Amsterdam right away, Logchies added. The new owner knew why the painting was sold and offered to leave it at the Moco Museum for a year on loan.

The museum also launched an augmented reality project where users of their Moco Outside app can see a new artistic world open up around them when they visit Museumplein. “It is an exhibition by Studio Irma, from whom we also have an exhibition in the museum that is popular among young people. It’s a colorful, moving world that makes you happy, based on the technique of Pokémon Go.”

The outdoor app exhibit is meant as a thank you for the "patience and support" of the museum's visitors.