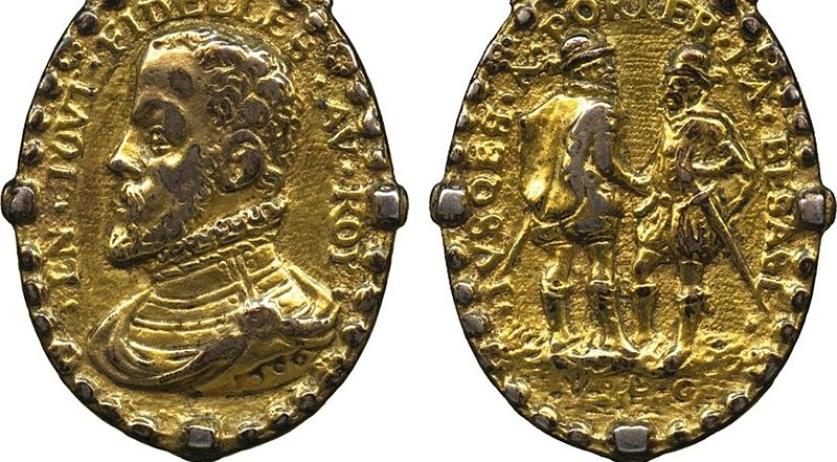 A rare gold Guezen medal from 1566 was auctioned for 40 thousand euros on Tuesday, Jacco Scheper of Heritage Auctions Europe confirmed. He would not say who the buyer was, but did say that there is a "fairly good" chance that the medal will soon be in a museum, NU.nl reports.

In Dutch, "guezen" refer to the people who revolted against Spanish king Philip II in the 16th century. The "guezen" wore the medals around their necks as a sort of military badge. As far as is known, only three of these gold medals remain. One is in the possession of the Rijksmuseum.

The medal auctioned off on Tuesday was found near Hoorn late last year, by someone who was searching the area with a metal detector, according to the newspaper. The auction house put the starting amount at 20 thousand euros.