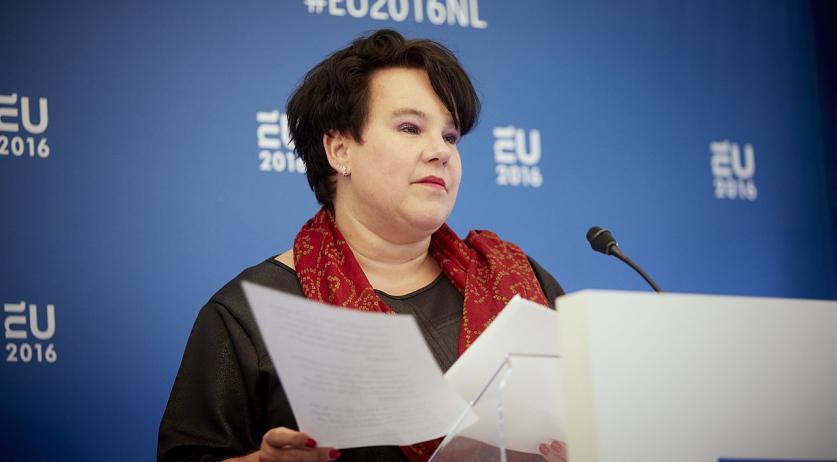 The Utrecht municipal council nominated Sharon Dijksma to be the city's new mayor. The PvdA politician is currently an alderman in Amsterdam, responsible for traffic and transport. Dijksma, 49, will succeed Jan van Zanen, who was appointed mayor of The Hague on July 1. Former Groningen mayor Peter den Oudsten acted as mayor of Utrecht while interviews were conducted.

A total of 27 people applied to be mayor of Utrecht, 11 women and 16 men, NOS reports. The residents of Utrecht indicated in a poll that they'd prefer a young woman get the job. After various interviews, two candidates were presented to the city council on Tuesday. The council chose Dijksma, partly because of her broad network and managerial experience.

"We are confident that Sharon Dijksma will act with practical wisdom, self-awareness, and that she knows what she does in the service of others," GroenLinks city councilor Heleen de Boer said when announcing the nomination, according to the broadcaster.

In a statement released, the Utrecht aldermen said they were pleased with the nomination. "With Sharon Dijksma, Utrecht will have an experienced and committed administrator who plays an important role in connecting residents and entrepreneurs in our city."

"I am proud and grateful for the trust placed in me," Dijksma said in a response on Twitter. "I look forward to getting to know the city, the neighborhoods and the people soon!"

Before Dijksma became became alderman in Amsterdam, she was a parliamentarian and a State Secretary in various cabinets. She was first elected as Member of Parliament in 1994 - the youngest ever elected MP at age 23. In the Tweede Kamer, the lower house of Dutch parliament, she was involved in education and social affairs.

The Utrecht city council's nomination will now go to Minister Kasja Ollongren of Home Affairs. In most cases, the nomination is accepted. King Willem-Alexander will officially appoint the new mayor of Utrecht.