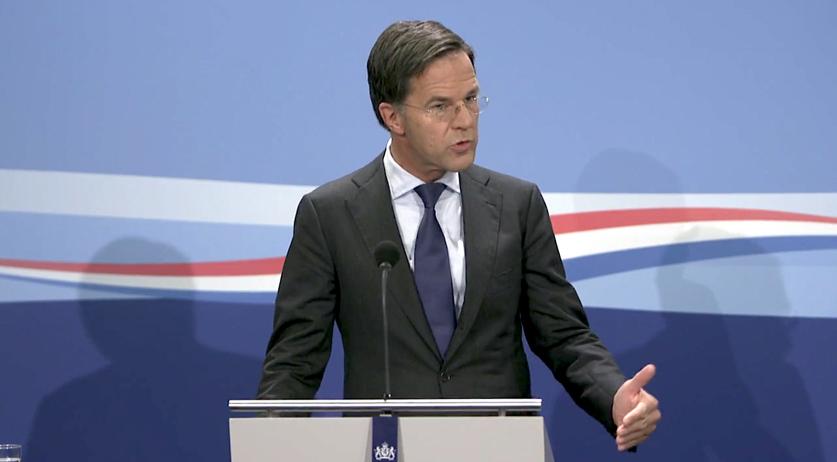 A tougher set of restrictions beyond the current partial lockdown in the Netherlands is not likely necessary when looking at the current coronavirus situation, Prime Minister Mark Rutte said on Friday. Speaking after his weekly meeting of Cabinet ministers, Rutte also offered assistance to Greece and Turkey which were both affected by a magnitude 7.0 earthquake in the Aegean Sea.

About the coronavirus crisis, Rutte was cautiously optimistic, but also flatly said it was still too early to determine how the restrictions in the Netherlands have impacted the number of new infections of the SARS-CoV-2 virus. "We are ready to take any conceivable measure if necessary, but at the moment we see that with the package now in place, given the preliminary indications of how the virus is spreading, at least now there is no reason today or tomorrow to enact extra measures," Rutte said. Data released earlier in the day showed a third straight day in relatively stable Covid-19 hospitalization figures, and while new coronavirus infections rose the rate of increase has fallen consistently.

He said that, "At least the last few days the messages have been much more moderately positive, but then there is also a question that needs to be answered: Do you want to accelerate the decline in the number of infections? Are there ways to do this and what is the economic and social damage that this entails? We have to weigh that well."

More clarity over the situation will likely come at a press conference on Tuesday with Rutte and Health Minister Hugo de Jonge, the Prime Minister said. He reminded reporters of previous statements where he and De Jonge said, "We are at a crossroads," and said the Cabinet will pay close attention to testing results and the situation in the hospitals over the upcoming days.

He hoped that this would establish a clearer trend, something which had been complicated by two recent IT failures at municipal health service GGD. "And then we will inform you about the state of affairs and let you know if additional measures are necessary."

Rutte did say he was pleased by data which appeared to show people were moving around less, which brings down the number of physical interactions and thus reduces the risk of spreading the virus.

He said it was also too early to comment on how the pandemic will impact the winter holidays of Christmas and New Year's Eve, though at a press briefing earlier this week he said families should not plan on gathering for Sinterklaas festivities in early December. He was also not able to provide more clarity about winter travel advice, instead deferring to the current advice that people avoid traveling abroad unless necessary.

The Prime Minister also spoke about a powerful earthquake and two aftershocks each with an epicenter in the Aegean Sea. The first earthquake struck at 12:51 p.m. registered 7.0 on the Richter Scale, according to the U.S. Geological Survey. It was followed by an aftershock measuring 4.9 at 2 p.m., and a second aftershock of 5.2 at 4:14 p.m.

All three were located less than 15 kilometers north of the Greek island of Samos, and a short distance away from the coast of Turkey. The first earthquake could be felt as far away as Bucharest, Romania.

Initial media reports from Izmir, Turkey noted that six people were killed and 120 were injured after several buildings collapsed there. A church also collapsed on Samos. Ten people were reportedly hurt in Greece as of 4:30 p.m.