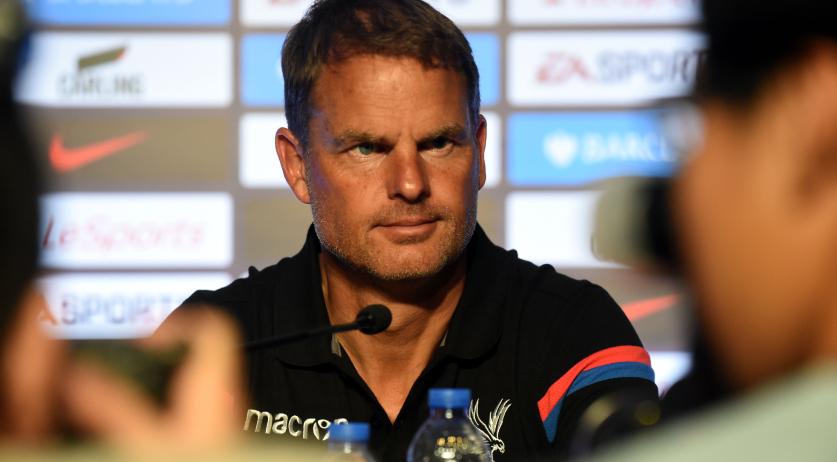 Former footballer Frank de Boer was named the new manager of the Dutch men's national football team, known locally as "Oranje."  He was appointed by the KNVB, the national football association, as the successor to Ronald Koeman, who departed to take over at FC Barcelona.

De Boer, 50, will be the Oranje coach at least through the 2022 World Cup in Qatar. He said during a Friday press conference he was proud and honored to have been picked. “I am a very happy person. Although you may not always see that in me, I really am," he joked during the press conference in Zeist at KNVB headquarters.

De Boer's first match is an upcoming friendly against Mexico, followed by Nations League duels with Bosnia-Herzegovina and Italy. Dwight Lodeweges will remain as his assistant.

“[The national conversation] may now be mainly about politicians and virologists, but lately the national manager is indeed one of the most discussed topics in the Netherlands. I have been in the football world for a long time, so I don't get caught up in that anymore." he said.

The KNVB's courtship of De Boer angered television presenter Humberto Tan, a member of a committee formed by the KNVB and the Dutch government to promote diversity at the association. However Tan said he has no problem with De Boer himself and was not questioning his ability as a manager. "The KNVB is not even engaging in a conversation with someone with an immigrant background," Tan said this week.

Tan serves as chair of the committee, and he told the Telegraaf that their advice for the manager selection process was to "take a broad view and also talk to non-white people, whom the KNVB thought might also be suitable for the position of national coach." He also told the Telegraaf that when rejecting those candidates, they should have a good reason for doing so.

"Roughly thirty to forty percent of KNVB members have an [ethnically diverse] background," Tan said, "but within the [KNVB] the percentage is less than five percent. At the top it is exactly zero percent.

“You always have opponents. You often hear them loudest,” said De Boer. “I think a very large group is also satisfied with the choice of the KNVB.”

A journalist asked De Boer whether he could be compared with Koeman and if he will be “Koeman 2.0”. De Boer then responded, “No, certainly not, but I do think we have many similarities. I want to continue his work. He has done very well in the past two years, and the whole of the Netherlands liked to watch Oranje again, so it would be crazy if I said that I want to do it completely differently."

In the summer of 2010, De Boer was an assistant to national coach Bert van Marwijk during the World Cup in South Africa, where the Dutch national team reached the final. He has coached Ajax to four national titles, but did not enjoy the heights of success during his time spent with Inter Milan, Crystal Palace, and Atlanta United.

As a player for the Dutch National Team, De Boer made his debut in 1990 during a friendly against Italy. His lengthy international career ended with his final appearance in 2004, a European Championship match against Sweden which ended at 0-0, with the Netherlands winning 5-4 in a penalty shoot-out.

At the club level De Boer won with the Champions League and UEFA Cup for Ajax during an 11-year tenure which included five Eredivisie titles. He also helped FC Barcelona to a Spanish title, before his club career came to an end with stints at Galatasaray and Glasgow Rangers.

Officially, De Boer starts his new job on Oct. 5 where he will coach the Oranje players for the first time.