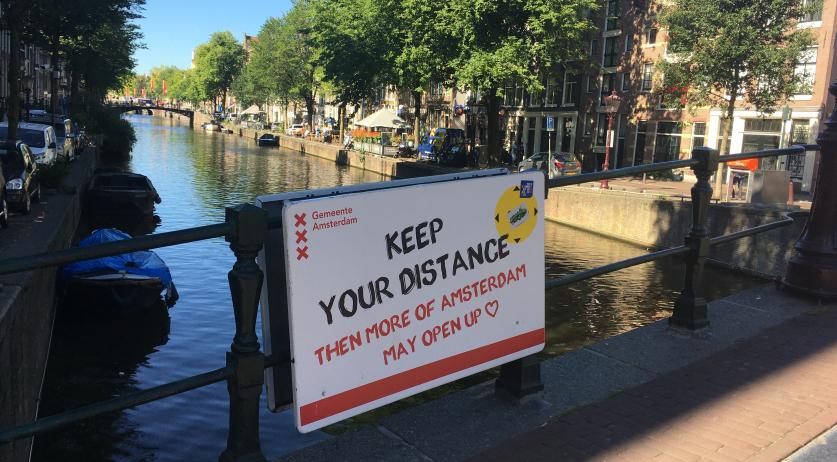 Over 11,700 coronavirus infections this week; Highest ICU total in 96 days

Approximately 11,705 people tested positive for an infection of the SARS-CoV-2 novel coronavirus for the week ending Sunday, according to preliminary data from public health agency RIVM. The total is just shy of the amount of infections uncovered in the first two weeks of the month combined.

It was also 60 percent higher than last week's total, the data showed. In the 24-hour period ending on Sunday at 10 a.m., the agency had recorded another 1,849 more positive tests for the virus. The daily figure represented a 70 percent increase over the previous Sunday.

The daily tally recorded Friday, Saturday and Sunday marked the first, second, and third highest total number of new infections registered by the agency in a single day since testing for the virus began in February. Sunday also marked the tenth consecutive day where more than a thousand positive tests were determined. Over 95,600 people in the Netherlands have tested positive for the virus since the end of February.

"The number of admitted [Covid-19] patients continues to rise. We expect further increases in the coming week, following the resounding rise in the number of new infections last week," said Ernst Kuipers, the head of the Dutch acute care network. The total number of concurrent patients with the coronavirus disease has risen every day since September 2.

By Sunday, Dutch hospitals were treating 77 people in intensive care units for Covid-19, an increase of ten over the previous day. It was the highest total number of ICU patients with Covid-19 since June 16.

Outside of intensive care, hospital wards were treating an additional 276 patients for the coronavirus disease, 16 more than Saturday, data from patient coordination office LCPS showed. That raised the Covid-19 patient total to 353, the highest total since June 17.

Hospitals in the regions with the most Covid-19 patients were continuing to transfer patients to emptier facilities to balance out the patient load, Kuipers said without specifying any region in particular. Just last week, Amsterdam and Rotterdam represented about half of all hospital patients, with another fourth among the rest of the Randstad region.

From Thursday through Saturday, Dutch hospitals admitted 65 more patients with the coronavirus disease, and 12 patients were moved into intensive care during that time, the RIVM said. Since the start of the health crisis, the ICU system has treated 3,147 residents of the Netherlands for Covid-19, including 899 who died in intensive care, according to nonprofit organization NICE. Another 2,070 were treated and eventually released from the hospital.

To help slow the spread of the virus in the Randstad, six security regions covering the metropolitan areas around Amsterdam, Rotterdam, The Hague, Utrecht, Leiden and Haarlem were set to introduce a package of measures on Sunday evening, such as closing all bars and restaurants by 1 a.m., and limiting many group sizes to a maximum of 50 people. Some cities also plan to more scrupulously tackle business which violate the rules, and will unveil new marketing campaigns to support the idea that people need to be more vigilant and take more precautions against the virus.