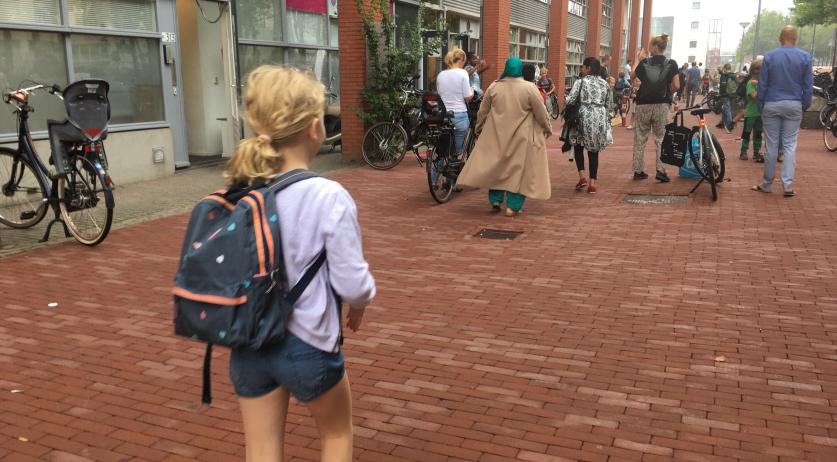 Schools divided on no mandatory coronavirus testing for kids under 13

An organization representing primary education and special education school boards said they are happy with new guidelines from the Dutch Cabinet that children 12 years of age and under do not need to self-isolate and be tested for the SARS-CoV-2 novel coronavirus if they have cold or flu symptoms. The PO-Raad released a statement shortly after Prime Minister Mark Rutte and Health Minister Hugo de Jonge held a press conference announcing the new guideline along with several localized restrictions meant to slow the spread of the infection.

"We are pleased that the experts have come to the conclusion that children of primary school age with complaints can still come to school," the PO-Raad said. "We are increasingly noticing that the continuity of education, due to having to test in case of complaints, is seriously endangered. "

De Jonge said during the press conference that children hardly contribute to the spread of the virus, and claimed that the risk of spreading the virus among the children is small. Previously, children six and under did not need to get tested. The new guideline takes effect on Monday, and also means that children with a cold or a sore throat can attend daycare and after school care.

Not everyone was happy with the decision. Ewald van Vliet, the board chair for Lucas Onderwijs which runs schools in The Hague, said he was concerned about the confusion this could cause among teachers, students and parents. "The chance that students will transmit the virus is small, but the chance is not zero," he told broadcaster NOS.

"At first, pupils had to stay at home, now they are even allowed to go to school with health complaints. We cannot reconcile that," said Eva Naaijkens, Director of the Alan Turingschool in Amsterdam. "I can imagine that the measure was taken from a practical point of view, but it does not feel good. Teachers in our app group wonder, for example, whether they will not get sick more quickly themselves."

"We are surprised that they announce this on Friday evening and, boom, it takes effect on Monday. It would have been nice if schools had been able to consult with their team and had time to study the advice carefully," said education labor union AOb.

Parents are still allowed to get their children tested, but negative health symptoms will no longer be a requirement for them to get tested. De Jonge also said that by reducing the number of children getting tested it could relieve some pressure on the system to get tested for coronavirus, which has been overwhelmed by the volume of people who request a test.