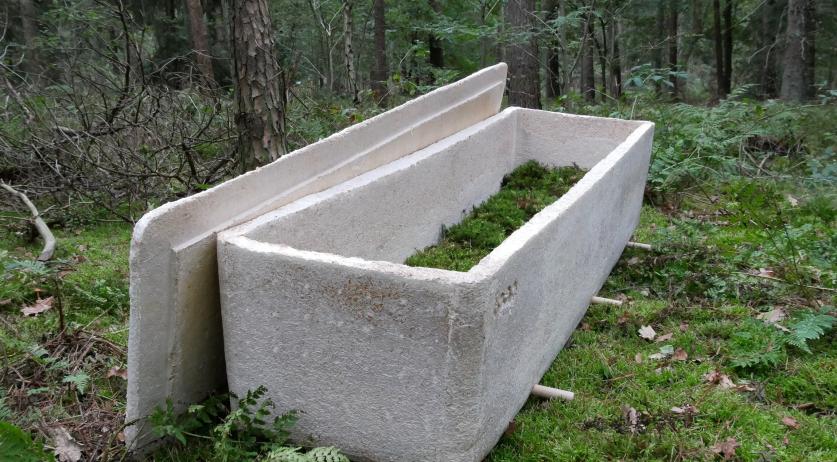 For the first time this weekend, a woman was buried in the Netherlands in a living coffin made of hyphae - a structure of fungus. The Loop of Life coffin weighs about as much as an IKEA cupboard of the same size, breaks down quickly once underground, and stimulates decomposition, inventor 26-year-old Bob Hendrikx from TU Delft said to NRC.

The coffin is "grown" from mycelium, the root network of mushrooms. To create it, food like hay or hemp is placed in a wooden box-shaped mold. Fungus is added, and watered a little every now and then. Within a few days, a three-dimensional network grows that acts like a natural glue, Hendrikx explained to the newspaper. When the mold is filled with mycelium, the growth process is paused by not adding any more nutrients.

"Within a week you have a solid box that, as soon as it gets underground, breaks down quickly and stimulates the decomposition of the body," Hendrikx said. A body will also eventually decompose if buried in a traditional coffin, but mycelium works as an accelerator for the bacteria and it can neutralize the waste products in the body. Museum Naturalis is currently investigating how quickly mycelium improves soil quality.

The Loop of Life coffin was used for the first time at the Westduin cemetery in The Hague on Saturday.