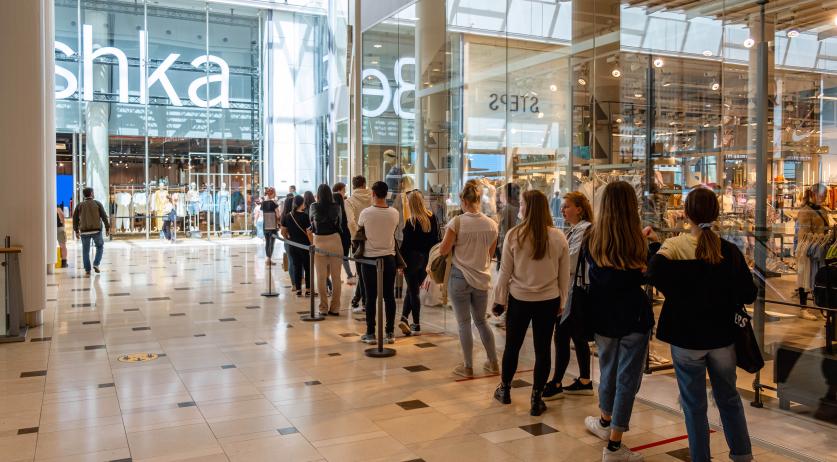 The official weekly report from Dutch public health agency RIVM showed that the number of Covid-19 deaths reported for the week ending Tuesday was double the previous week's total. Over the past seven days, the agency confirmed the deaths of another 32 people known to have Covid-19. The Netherlands has thus far registered 6,207 deaths which were known to be caused by Covid-19.

A total of 3,588 more positive coronavirus tests were recorded during the seven-day period concluding at 10 a.m. on Tuesday. That was 425 fewer than the previous week, equivalent to a ten percent drop. It was the second weekly decline registered by the agency since the beginning of July. Some 67,543 people have tested positive for the SARS-CoV-2 novel coronavirus since the end of February.

About 2.1 percent of all 140,551 people tested for the virus in the past week gave a positive result. There was a 19 percent increase in tests conducted by the GGD health services, hospitals and clinics combined, with the GGD alone accounting for 29 thousand more tests than the week prior. The substantial increase was due to more members of the public requesting the test directly from their branch of the municipal health service.

Though 2.1 percent of tests came back positive, it was the first time in three weeks that figure had dropped below 3.0 percent. Of those who self-reported to the GGD, 2.5 percent showed a positive result, a figure which peaked at 3.7 percent just two weeks ago.

"The percentage positive was highest (4-5%) in the GGD regions Rotterdam-Rijnmond, Amsterdam and Haaglanden," according to the RIVM. The basic reproduction (R) number of the virus also dropped to 1.0 nationally, meaning that 100 contagious people will infect 100 others. The R-Number is calculated from a virology model with a margin of error. For the first time in a month, part of that margin of error was below 1.0, which the Cabinet has called a critical benchmark in determining new socially-restrictive measures to slow the spread of the virus.

Testing for the coronavirus strain began to increase dramatically​ on June 1, when any member of the public could request a mucus swab test for the SARS-CoV-2 by contacting their GGD municipal health service directly. GGD offices do not account for all of the testing in the Netherlands, but they do handle most of the testing in the Netherlands. Since that date, 1,042,687 tests for the coronavirus have been completed. The RIVM said that 1,464,715 tests have been processed since early March.

The RIVM said that 12,126 people have required hospitalization for the coronavirus disease, including an increase of 84. The weekly hospitalization total was well above the previous report from the RIVM, in which 50 new patient admissions were revealed. While new patient admissions rose, 26 people with Covid-19 were moved into intensive care during the week, down two compared to the previous week.

Since the end of February, 12,126 residents of the Netherlands have been treated in hospitals for respiratory illness Covid-19, caused by the novel coronavirus strain. Over three thousand of those required intensive care treatment.

Seventeen percent more people tested positive over the past week compared to previous week after having travelled abroad within the 14 days leading up to their coronavirus test.  Of the 867 who tested positive, at least 90 percent had visited another country in the European Union.

That includes 278 people who tested positive after visiting Spain, a country which was added to the list of places that Dutch people were advised not to visit. Another 161 had been in France, with more of that nation falling under a negative travel advisory from the Dutch Ministry of Foreign Affairs. The RIVM said that 72 others had been in Germany.

Nearly a hundred people who tested positive had recently been in Turkey, the non-EU country with the highest total of travellers testing positive for the SARS-CoV-2 virus.