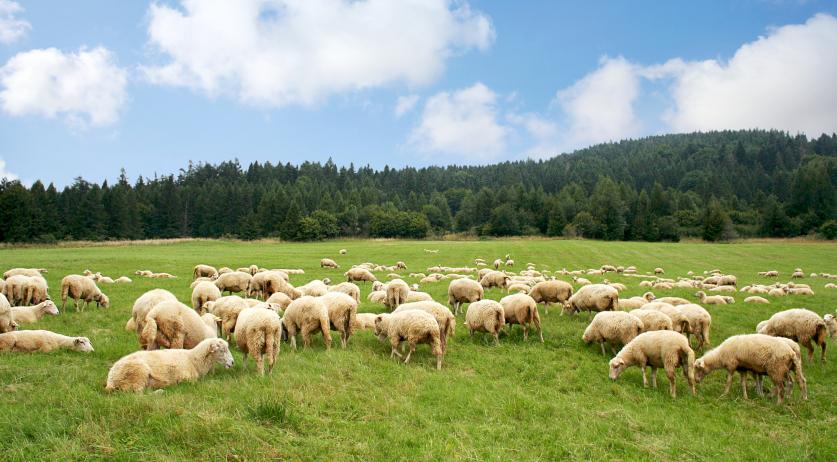 The Ministry of Agriculture needs to intervene and make sure farmers have a better plan to protect their animals from the increasingly hot summers, according to animal rights organization Wakker Dier. During this past heatwave, the organization received 290 reports of animals suffering in the heat.

The heatwave lasted 13 days, from August 5 to 17. In that time, Wakker Dier's heat stress hotline received 152 reports of sheep with heat stress, 125 of cattle and 62 of horses. Most reports came from Noord-Holland with 77, followed by Zuid-Holland with 39 and Utrecht with 37.

"Our fear that the warmer summer will result in more and more animals in trouble is confirmed by these figures," Anne Hilhorst of Wakker Dier said. "Many farmers are clearly not well prepared for the increasingly hot summers."

According to the Animals Act, animals must be protected from extreme weather conditions. But many reports Wakker Dier received described severe heat stress symptoms, the organization said. "There is usually no protection in the meadow. That is unnecessary and very unpleasant for the animals. That is why we ask the Minister to enforce the law and make shadowing mandatory," Hilhorst said.

Wakker Dier launched a petition for a National Heat Plan for animals, which has been sighed over 80 thousand times. The petition will be presented to Minister Carola Schouten of Agriculture, Nature and Food Quality. "We demand that the Ministry finally take the necessary measures," Hilhorst said.