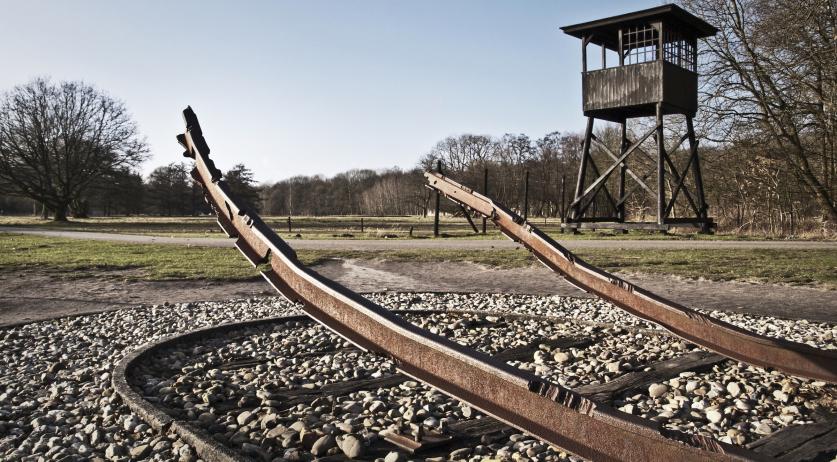 The National Westerbork Memorial at the site of a transit camp where over 100,000 Jews, Roma, and Sinti were held before they were deported to concentration and extermination camps during World War II. Feb. 16, 2013 - Source: photo: Mactrunk / DepositPhotos at
Politics
NS
WWII
compensatin
Holocaust
Salo Muller
Roger van Boxtel
Share this:

A total of 7,645 people applied for financial compensation from NS for victims of train transports to extermination camps that NS carried out during the Second World War. So far, 5,001 claims have been paid out. About a thousand applications are still being assessed, Holocaust survivor and initiator Salo Muller said to NPO Radio 1 program 1 op 1.

At the end of 2018, Muller and NS director Roger van Boxtel together established the Commission for Individual Compensation for Victims of WWII Transports NS. Since August 5 last year, victims and relatives of victims could apply for compensation. The last day to do so was on Tuesday. A committee led by former Amsterdam mayor and former PvdA leader Job Cohen assessed the applications.

The target group for compensation are surviving victims of the transports, and victims' widows, widowers, children and heirs. Survivors are eligible for 15 thousand euros in compensation, surviving relatives to an amount between 5 thousand and 7,500 euros. So far, NS has paid out nearly 40 million euros.

The Dutch rail company earned approximately 2.5 million euros during the war by transporting Jewish, Roma and Sinti people to concentration and extermination camps. The Nazis asked NS to make train sets available for those transport, on a special timetable specifically for this purpose. The people who were transported to these camps had to pay for their train ticket themselves. If they couldn't, NS sent an invoice to the Nazis, according to NU.nl