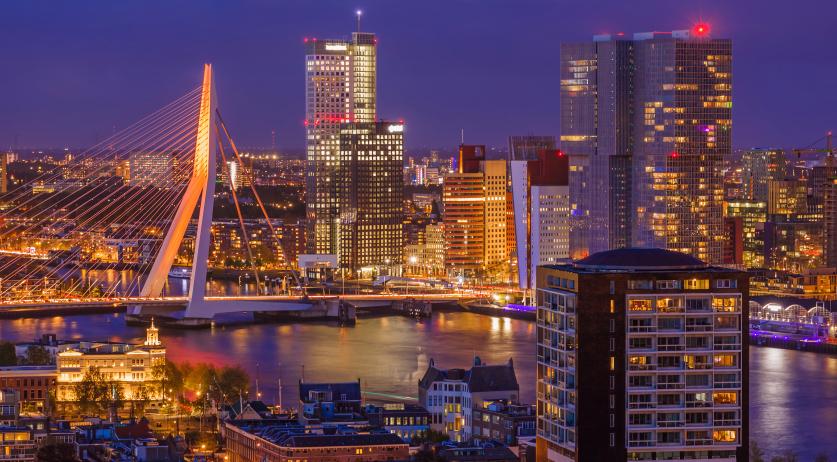 Public health institute RIVM advises against visiting Rotterdam unless necessary and to avoid crowded places in the city, and extremely busy areas in other municipalities. The number of coronavirus infections in the Netherlands again almost doubled in a week's time, with Rotterdam and the region around it counting the most new positive tests for Covid-19.

"I find it disturbing that the number of reports almost doubled. Also that we see a doubling in the number of hospital admissions this week," RIVM epidemiologist Susan van den Hof said to Rijnmond. "I have no reason to be in Rotterdam, so I will not go there. But I would like to say to the people: avoid the city if it is not necessary to be there."

The health agency later clarified Van den Hof's remarks to say that the RIVM was not issuing an official negative travel advisory for Rotterdam specifically. added: "That is not the case. We mean that we are asking people to avoid busy places," the RIVM stated.

Over the past week, the number of Covid-19 patients in Rotterdam increased by 796 people, while other large cities saw smaller increases - 563 in Amsterdam, 270 in The Hague, 126 in Utrecht, and 112 in Breda. "Rotterdam has the most patients in recent weeks, more than in other large cities," Van den Hof said to the broadcaster. "The chance of meeting an infected person is greater in Rotterdam or Amsterdam"

"It is important that people adhere to the measures to ensure that the number of infections does not continue to increase so quickly. This applies to the whole of the Netherlands, but certainly in areas where the chance is greater that you will meet someone with coronavirus," Van den Hof said. A campaign was launched in Rotterdam on Tuesday, calling on students to adhere to the coronavirus measures.

From today, wearing a non-medical mask will be mandatory in parts of Rotterdam and Amsterdam. Van den Hof stressed that this is an additional measure, on top of the existing ones. "The most important thing is that people keep as much distance as possible, stay at home if they have symptoms, and get themselves tested."