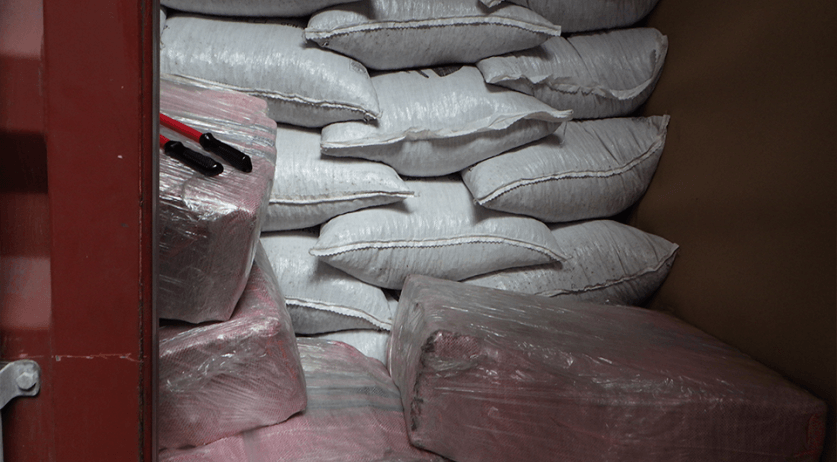 A shipment of 390 kilograms of cocaine was found hidden in a sea container loaded with sacks of cocoa beans, the Public Prosecution Service (OM) said in a statement. The street value of the drugs was estimated at over 29 million euros, prosecutors said.

The sea container was taken off a ship which had departed from the Bahamas. It arrived at the Port of Rotterdam on July 22, where cargo was offloaded before the ship continued on to Antwerp.

Investigators determined the sea container was destined for a company in Switzerland. Authorities do not believe the company was involved with the drug smuggling incident, the OM said.

Removing the stimulant from the cocoa shipment had its own set of perils, prosecutors said. "Cocoa beans generate hydrogen cyanide gas through their natural process, which can be fatal at high concentrations. The oxygen content in the container also decreases rapidly and the percentage of carbon monoxide rises high," the OM said. Authorities said they needed to take extra precautions to make sure they did not suffocate when removing the drugs.

The cocaine was destroyed after the evidence was recorded, the OM said. The investigation into the case was being conducted by the Rotterdam Hit-and-Run Cargo team, a joint operation made up of staff from the Rotterdam OM, the Port Police, financial crimes inspectorate FIOD, and Customs officers.