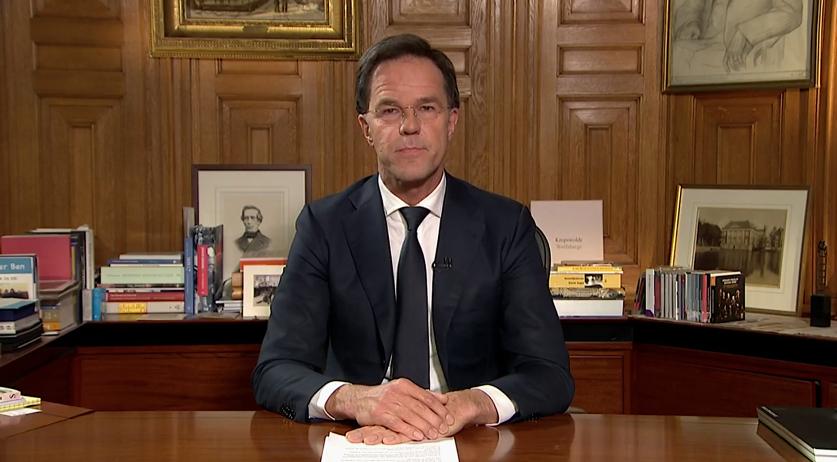 Dutch Prime Minister Mark Rutte said he was leaning towards running for his fourth term as the leader of the Netherlands, but that he had not fully made up his mind. Speaking on television program Op1 over the weekend, Rutte said he found it "terrifying" to initially relax the coronavirus measures, adding that he was constantly trying to stay up to date with how people reacted to the changes.

He acknowledged some errors in judgment, suggesting that his government should not have been so quick to write off face masks as providing a false sense of security. It was said with too much certainty, Rutte conceded. "It does offer some extra protection."

The prime minister said the past six months have been the "most intense" of his career. "The combination of all that intensity at work with what happened to me privately, was really very difficult," he said, referring also in part to his mother's death, and that his workload and the strict rules about visitation at nursing homes during the pandemic meant he was mostly unable to visit her in her final days.

She died nearly two months ago, and it was not revealed to the public until about two weeks after her death. Rutte said it was kept quiet because it was of paramount importance he remain focused as the Dutch political leader. "But what had happened in my private life made it complicated for me," he said. Health Minister Hugo de Jonge and Security & Justice Minister Ferd Grapperhaus served as Rutte's confidant after his mother died.

His Cabinet was also acutely aware of not only the health implications but also the economic damage caused by the extreme situation, saying that he did his best to maintain some balance when considering the short term and long term effects of government policy. He also found decisions about closing the catering industry particularly challenging, an acknowledged that the government can learn from mistakes made in the handling of the crisis.

Rutte said it became clear that healthcare needs more management at a national level to make sure the needs of the Netherlands can be met. He also said that rules about passenger limits on busses should have been relaxed at the same time as those for aviation and public transportation, a decision which caused extra financial harm to the touring coach industry.

Rutte said it has been exceptional and an honor to lead the country during the "difficult months" of the coronavirus crisis.

"It is still a decision for another five years of my life. One may think about that a little longer than a tail-wagging Labrador," he said. But if forced to make the decision today, "I would do it," he stated.

He will announce his decision at the end of the summer. He has led his conservative VVD party since May 2006, and has served as the country's political leader since October 14, 2010. While his first term was short lived, with the coalition falling apart after just 18 months, he won reelection and formed his second Cabinet which remained for the full four years.

Leading his third Cabinet with high public support following the government's handling of the health pandemic, the coalition was likely to remain intact until the next Parliamentary elections. The people will head to the polls on March 17, 2021 to elect new members of the lower house of Dutch Parliament.

The results of will determine who holds the prime minister's office and the makeup of their Cabinet.