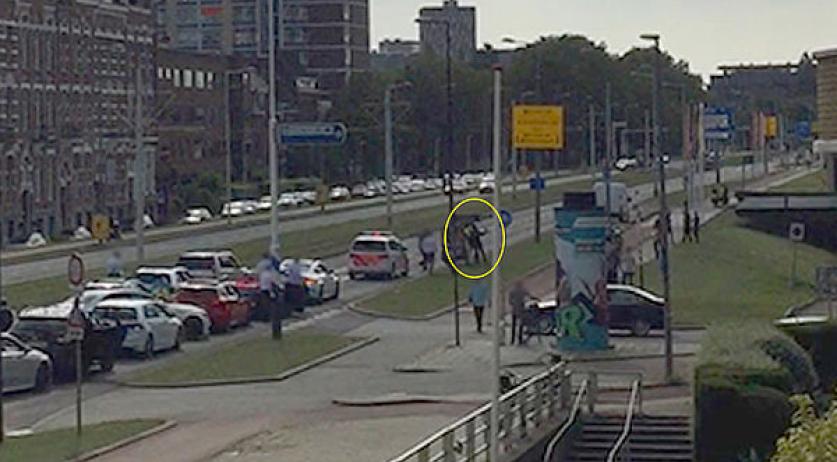 A 26-year-old Rotterdam man was convicted of assaulting a police officer during a wedding procession in the city, and sentenced to at least a year behind bars. The police officer was knocked unconscious by the suspect, believed to be the bride’s brother, and was still struggling with his recovery months later.

The incident happened at about 4 p.m. on August 30 after police responded to a noisy wedding parade which was tying up traffic along the Maasboulevaard, with witnesses complaining about dangerous driving, blockades, and people sitting on the roofs of moving vehicles. After an argument with officers, the celebrants left in a huff, only to gather again on the Westzeedijk.

Police responded again, taking one person into custody, which then triggered others to turn against the officers, police said shortly after the incident.

“Although the victim, who was functioning as a police officer, simply did his job, the suspect became angry when he saw one of the participants of the wedding procession being arrested,” the court said in a statement issued on Thursday. “While the victim was working on [the arrest] and could not see the advancing suspect, the suspect approached him from behind and struck the head and neck with a hard blow,” the court determined.

“After this, the suspect fled, without concern for the victim. The victim fell to the ground and was unconscious for some time.” He was arrested months later in Lopik after police officers found him hiding underneath a bed.

The court determined it proven that the officer suffered from whiplash, and believed his statement that he still had health complaints nearly a year after the attack which also severely affected his family’s life. The man convicted on Thursday had previously issued an apology to the police officer outside of the trial, which the judges in the case viewed favorably. Nevertheless they determined that a prison sentence was required in the case.

He was sentenced to 18 months in prison, six of which will be suspended if the convicted man follows special conditions, including institutionalized psychiatric treatment. The court agreed with experts that said the man has a mild intellectual disability and has not always received proper treatment from the healthcare system.