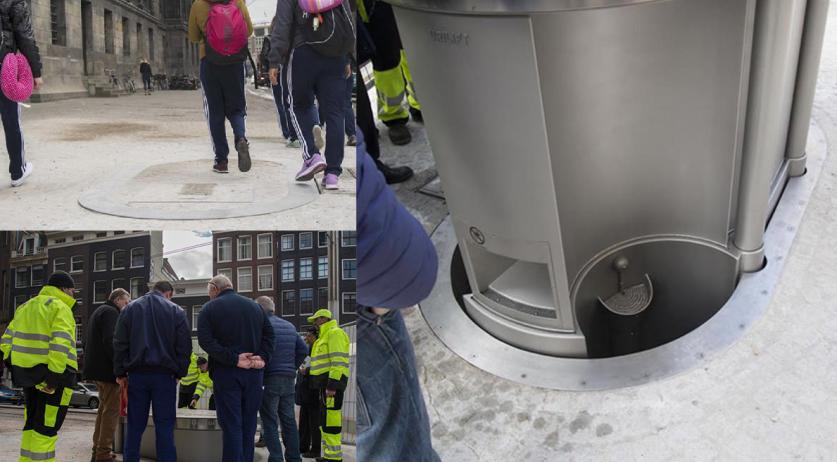 More than half of Amsterdam's busy pedestrian areas do not meet the standard of having a wheelchair-accessible public toilet located within 500 meters, according to a study by the Amsterdam Court of Audit. The city counts 112 public toilets, less than half of which are may be easily used by women or people with an ambulatory disability, and one possible solution would be to replace the urinoirs and famous metal mesh krul urinals with gender-neutral alternatives, the court said in its report on the issue,

"Based on our inventory, we can conclude that there are a total of 112 public toilets in Amsterdam, of which 56 are suitable for men and women and 50 are suitable for people who depend on a wheelchair," the report stated. "34 of the 56 toilets are free; the other requires a small amount to be paid, ranging from € 0.20 to € 1.00." Only a handful of toilets are open during daytime and nighttime hours.

In addition to having too few public toilets, those that do exist are very difficult to find. "Although the municipality has recently had directions applied to existing pedestrian signposts, the vast majority of public toilets are not indicated on the street," according to the Court of Audit. "You have to know where they are to use them or otherwise use an app." This has been an issue for a long time, with documents dating from 1998 already expressing the intention to improve the visibility.

The areas in Amsterdam Centrum where the 500-meter standard is least adhered to include De Wallen, the Jordaan, the Haarlemmerbuurt, and the area contained by Utrechtsestraat, Weesperzijde and Vijzelgracht. The court was also critical of toilet access around the Albert Cuyp market, and the Vondelpark.

According to the Court of Audit, the main cause behind the lack of public toilets is their costs. Amsterdam will need to build 25 to 30 additional public toilets in order to meet the city council's standard. That will cost approximately 4 million euros, and another 300 thousand euros per year for management costs.