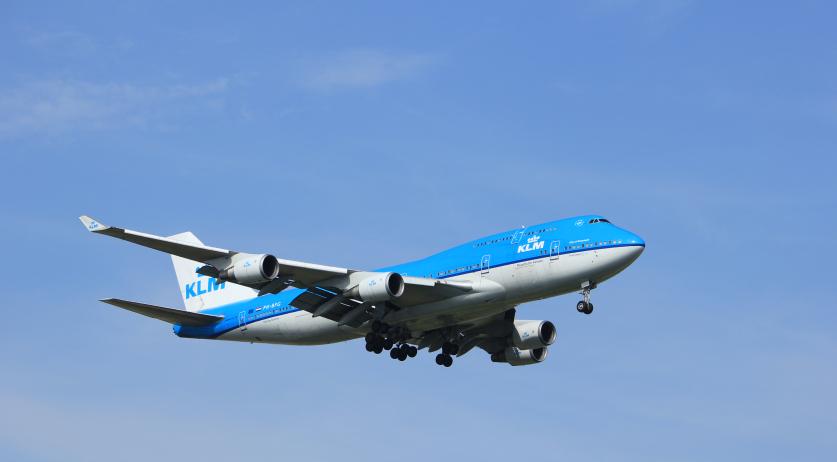 With reporting by Jamie de Geir and Janene Pieters.

KLM is adjusting its refund policy for the coronavirus crisis so that passengers whose flights are cancelled due to the pandemic can choose between a voucher or a cash refund. The airline still hopes that customers will opt for vouchers, and to encourage this the airline plans to add "extra value" to the vouchers, KLM announced on Thursday.

Given the "recommendation" from the European Commission and the fact that the "aviation situation has now stabilized somewhat", KLM decided to adjust its refund policy, the airline said. The airline will soon come with a plan for adding a bonus to vouchers to make them more attractive.

The airline still will not issue cash refunds for tickets cancelled before Thursday's decision. Those passengers will have to keep their vouchers, the airline said, but they will be compensated with a bonus value added to their vouchers. The voucher may be exchanged for cash if not used within 12 months, a spokesperson for the airline told NL Times.

The decision was made shortly after Minister Cora van Nieuwenhuizen changed her position on the issue in a communication to members of parliament. The infrastructure minister previously gave KLM and other travel companies a pass to ignore the consumers' right to a cash refund for flights cancelled due to the coronavirus, and offer customers vouchers instead - to the annoyance of many KLM travelers. She did this by asking the regulatory inspectorate services not to enforce the law requiring cash reimbursement within eight days of a cancelled itinerary up to and including June 30, she said in a letter to parliament on Thursday.

In the letter, she wrote that her intention was "to reduce pressure on airlines' liquidity position, and in particular to help prevent bankruptcies. After all, this will not benefit anyone, and certainly not the passenger who has not yet received a refund at the time of bankruptcy. This passenger will probably be left empty-handed."

She changed her mind after the European Commission also explicitly stated that a cash refund is a consumers' right that must not be ignored. "To convince passengers to accept vouchers, they can be made more attractive. I support the recommendation to make vouchers attractive and have already urged airlines to do so," she wrote.

"We are pleased that KLM now offers the possibility to request a refund," a spokesperson for Consumers' association Consumentenbond told NL Times. The organization praised the airline for incentivizing people to accept the vouchers, and to allow more flexibility with them.

"We are concerned that KLM says that the right to a refund will only be offered from now on, and therefore only for flights that depart from now on, and so the people who have already had a flight cannot get [the cash or bonus]. We do not think that is fair," the spokesperson for Consumentenbond said.

The organization had been critical of the government and the airline's attempt to more or less force people to accept the vouchers. On Thursday the spokesperson said the group would continue to advocate for consumers trying to get their money back. The organization was particularly concerned given the uncertainty about whether companies will survive the crisis long enough for them to actually use the voucher.

"Furthermore, due to the exceptional situation created by Covid-19, I continue to call on passengers to accept the vouchers offered by airlines if it is not financially inconvenient for them," Minister van Nieuwenhuizen said on Thursday. Prime Minister Mark Rutte similarly called on consumers to support travel companies by accepting a voucher and not demanding a refund.​

The airline would not respond to customer complaints about how the situation was handled to date, other than to say that KLM felt by issuing vouchers which could be redeemed for cash later was a "reasonable balance between protecting passenger rights and the reality in which all airlines now operate."