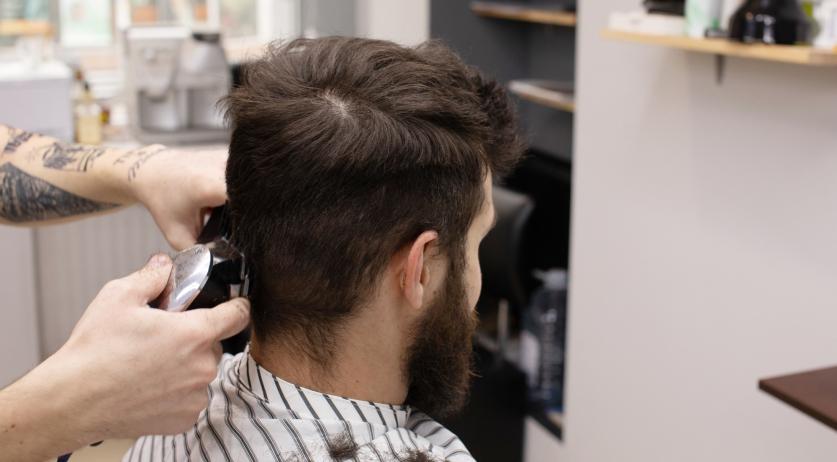 Since hair salons were ordered closed last month in order to curb the spread of the coronavirus, more and more hairdressers in the Netherlands have decided to go underground. They offer their services on Facebook or Marktplaats, or simply respond to customers calling them. And there is no shortage of these. "It's big business," one of multiple hairdressers said to RTL Nieuws.

Hair salons fall under high-contact businesses that are closed until at least May 20th. If hairdressers are caught providing services despite the ban, their business faces a fine of 4 thousand euros. Customers caught getting a haircut will be fined 390 euros for breaking social distancing rules.

When hair salons were ordered closed in March, hairdresser 'Ben' left his number on the window of his salon where customers can reach him. "Many people called to ask if I couldn't give them a haircut," he said to the broadcaster. "They said they were completely healthy themselves." As extra precautions, he makes sure not to stand in front of the customer, but to the side or behind and wears a mask. "Three customers a week is a big bag of groceries," he said to the broadcaster.

'Mehmed' gives about three haircuts a week, while wearing a mask and gloves. "I ask in advance whether the customer is healthy and whether someone in the family is sick. If not, I am not so afraid."

'Lisa' has been sticking to the rules so far, but is determined to start working again next week, with or without the government's permission. "I haven't been cutting for six weeks and another four weeks have now been added. That is not feasible. Why are dentists allowed to work with a mask and we are not? I have three mouths to feed." So far she's been scraping by by selling home hair dye kits, but that is not enough to support her family. She already has 90 customers on her waiting list.

"I spoke to a colleague who cuts men's hair. He normally does 20 customers a day and now easily does 30 and then he also gets more money for it. It's big business," Lisa said. She already has a plan on how to work under the radar. "I'll only cut for people who don't live in my city, but in the surrounding villages. I have a car with advertising, so I won't go myself, but people have to pick me up. If I can do four people in a family, then at least I'll make ends meet again."

Hairdressers' union ANKO understands that hairdressers are getting desperate. "There are many hairdressers who have no reserves. The temptation is big to make some extra money." But the union warns that getting caught will mean a hefty fine. "We are very clear as a sector: it is simply not allowed, not even at home."