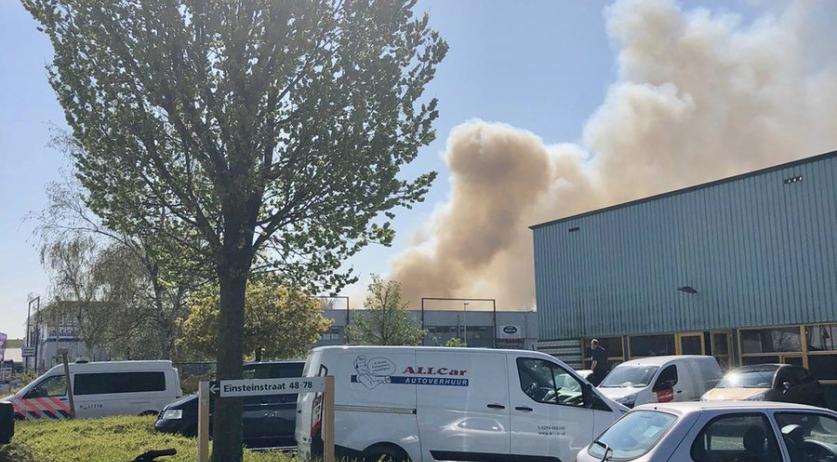 A large fire at a Purmerend warehouse left two people injured on Thursday. Several explosions were heard during the incident, with firefighters needing several hours before they were able to issue an all-clear signal.

A localized NL-Alert was issued in connection with the fire because the incident caused a substantial amount of smoke. Area residents as far as 15 kilometers south in Amsterdam-Noord told to keep their windows and doors shut until the smoke dissipated, and others nearby were told not to come to the scene of the fire, the Zaanstreek-Waterland regional emergency office said.

The incident was first reported as a large fire at 11:53, with firefighters arriving at the Weberstaat location soon after. Within minutes the alarm was elevated twice, first to a "very large fire" and then to a Grip 1 regional calamity. The latter is issued when incidents require the presence fo emergency personnel from several offices, and all personnel are then coordinated under a single command officer.

The two injured people were transported to an area hospital, the emergency office confirmed by 1 p.m. Neither their condition nor the extent of their injuries was revealed.

Eventually, firefighters brought the flames under control. The fire was struck out just before 2 p.m., emergency personnel said. The NL-Alert was subsequently withdrawn.