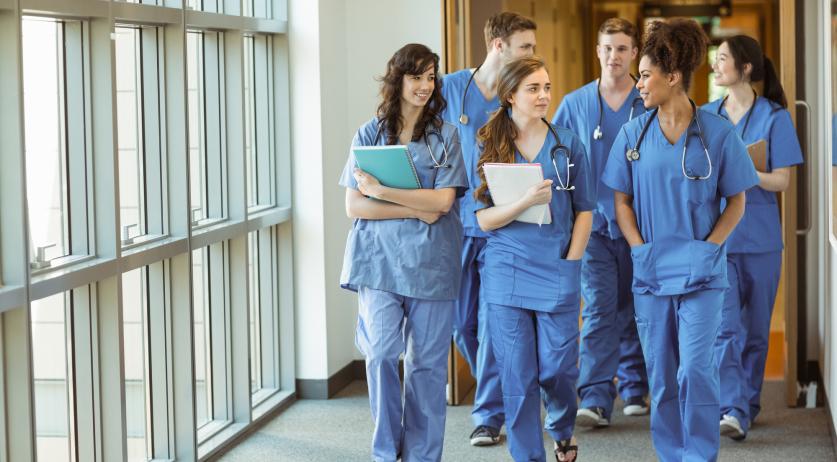 Interns in healthcare are very often left to their own devices, instructed to care for patients without being carefully shown how to perform medical tasks, according to reports from around 2 thousand interns, students and care workers collected by union FNV. According to the union, the staff shortages in healthcare lead to interns being used as fully-trained healthcare workers, while they do not yet have the experience or training for this. That can lead to dangerous situations for patients, the union said, RTL Nieuws reports.

In about a third of reports FNV received, students said they received little to no guidance during their internship and that there was not enough time for their duties to be explained to them. They often felt pressured to perform medical actions and administer medicines for which they had no training for.

"Healthcare screams for staff, but employees and students are driven to despair," one report said. "As a student in healthcare you stand alone, you hardly get any guidance and you have to learn the trade yourself through trial and error."

Another student had to perform infusions during his very first shift as an intern. "I had clearly stated that I had never done it before, but I simply had to do it on multiple patients. How to give tube feeding was also explained in all haste, without anyone showing us. As a result, several patients developed a stomach ulcer. There was no supervision, and now one saw that we, the students, had not raised the head supports during this action. No one had told us that we had to."

Another intern worked 32 hours a week, while her supervisor only worked three. "The other 29 hours I was left to my own devices." Another was allowed to shadow a professional at home care for two days, after which she was expected to be able to function completely independently. Another was left to her own devices while interning at a hospital. "When a patient with a cerebral infarction came in, I did his admission on my own. While a neurological nurse must actually be present. I was ultimately responsible for this patient's life, while I was totally incapable of this."

This does not only lead to dangerous situations for patients, but also cause many healthcare students to struggle with their studies and even consider quitting, according to Cor de Beurs of FNV. "Due to the high workload and uncertainty experienced by the students during their learning-workplace, many students drop out with long-term illness, such as burnout," he said.

"It is clear that this is a major problem," De Beurs said to the broadcaster. "Employers and the educational field do not seem to be looking at the long term and thereby jeopardize the future of healthcare. As responsible parties, they must quickly come up with structural solutions to prevent even higher outflows of students."