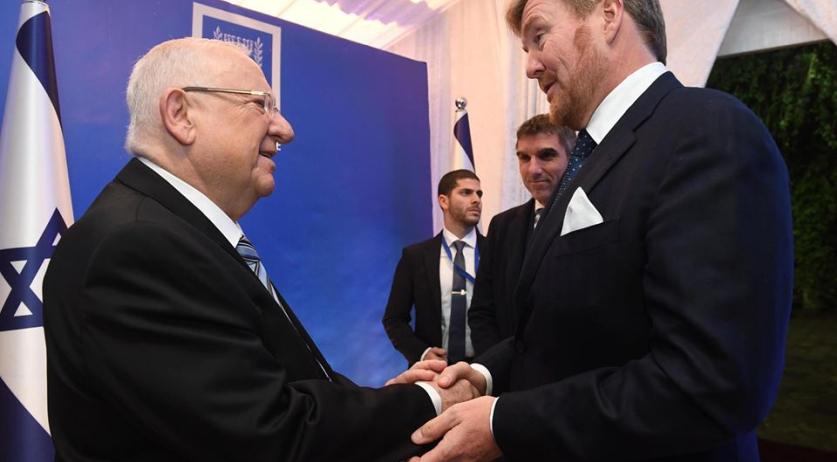 King Willem-Alexander is currently in Jerusalem, at the invitation of Israeli President Reuven Rivlin, for the World Holocaust Forum. On Thursday, the Dutch King will visit the Yad Vashem museum and the Dutch care home Beth Juliana, ahead of Holocaust Remembrance Day next week.

Yad Vashem is the official Israeli memorial center for the Jewish victims of the Holocaust. The institute documents and commemorates the fates of European Jews during the Second World War and honors the people who worked to help the Jews at the time.

The Beth Juliana care center in Herzliya offers accommodation for mainly Jewish seniors. Many of the residents grew up in the Netherlands and experienced the Holocaust there, later moving to Israel. The King will speak to the residents about their experiences during and after the war, and talk with the management about the Dutch-Israeli care center.

After visiting the museum and care center, King Willem-Alexander will attend the World Holocaust Forum in Jerusalem - a meeting dedicated to the commemoration of the Holocaust and the fight against anti-Semitism worldwide. Heads of state and government from around 40 countries are attending.

On Monday, the King, Queen Maxima, and Prime Minister Mark Rutte will go to Poland to commemorate the 75th anniversary of the liberation of the German concentration and extermination camp Auschwitz-Birkenau.