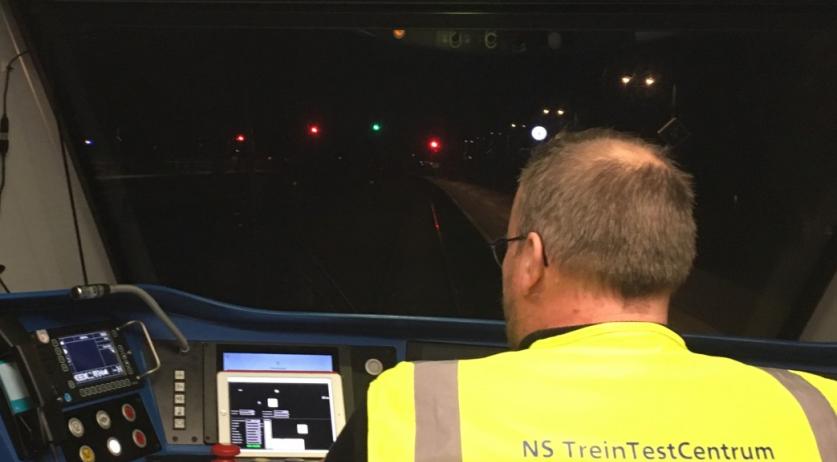 NS dit its first experiment with a self-driving train during the early hours of Wednesday morning. The experiment was a great success, the rail company said. The train departed and arrived on time.

The experiment happened on the Hanze Line between the town Swifterbant and station Kampen Zuid. The Sprinter used in this experiment was equipped with a special computer unit that communicates with the operating system of the train. "The system did wat was intended: independently providing traction, braking and stopping at the right place along the platform according to a programed timetable", NS said.

NS is satisfied with this "first of many" experiments, saying that it yielded valuable insights and data. "This is the first and important step", said Marjan Rintel, director of NS Operation. "We learn from this and gain experience for what an automatic train driver can mean for NS."

A human train driver is present in the cabin during all tests. The job of train driver will not disappear, "the duties will just change", NS spokesperson Erik Kroeze stressed to NU.nl. The driver must be there to intervene if necessary. The presence of a train driver in the cabin will become "comparable to that of a pilot in the cockpit", Kroeze said.