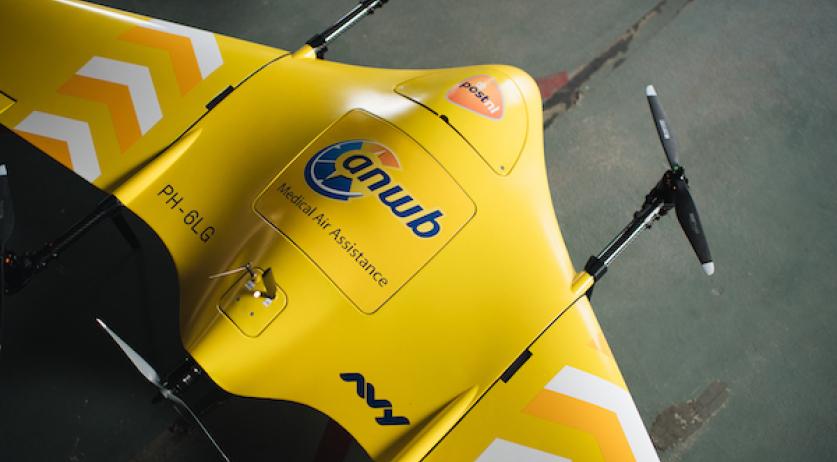 The Erasmus MC teamed up with PostNL, ANWB and blood bank Sanquin to launch an experiment with delivering medication and blood directly from the lab ot the hospital or from the hospital to the patient's home by drone. The idea is that drone deliveries will be much faster, as they can avoid traffic jams.

"The goal is to see if we can get medicines to people faster", spokesperson David Drexhage of Erasmus MC in Rotterdam said to RTL Nieuws. "An whether that is safe." The experiment started on Thursday and is expected to last three years.

Blood bank Sanquin delivers emergency orders of blood around 100 times per month. The blood bank is very interested in the medical drones for that purpose. "In case of an emergency, we have a maximum arrival time of one hour from our locations", a spokesperson said to RTL. "That causes stress on the road and does something to other road users. We are looking into whether we can change that with drones."

Stefano Stramigioli​, professor of robotics at the University of Twente, is enthusiastic about this experiment. "Technically, it is not difficult to realize such transport with drones", he said to the broadcaster. But he stressed that a lot will have to change in the field of legislation in order to allow the drones to fly lawfully and safely. ​Drones can get in the way of other aircraft, for example. "Legislation relating to airspace holds back a lot to prevent air traffic being bothered by [drones]", Stramigioli​ said.