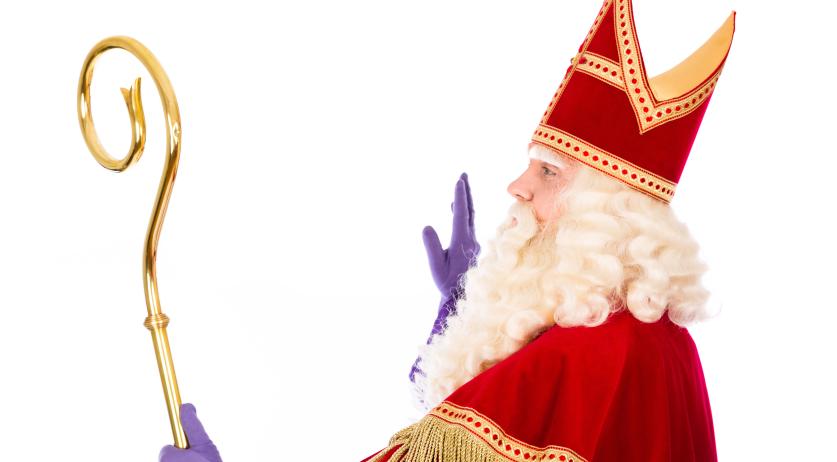 Several people Including the head of radical nationalist group Pegida were arrested in Apeldoorn at the national arrival of Sinterklaas, the winter holiday folklore character who brings gifts to children. Police say that most of those arrested were protestors who refused orders to move to a cordoned off area for demonstrations.

Ten people were taken into custody, according to Nu.nl. They had dressed up in the most commonly known costume of Zwarte Piet, a helper who accompanies Sinterklaas. The custom is frequently derided for being portrayed by white actors in blackface makeup who claim the appearance is to signify chimney soot and not a racial stereotype like a late 19th century minstrel show.

Edwin Wagensveld was one of those arrested. The Pegida leader has led controversial protests against mosques and Muslim gatherings in the Netherlands, often in a divisive and antagonistic manner.

Police said that although some accused officers of making the arrests to stop the protestors from being interviewed by the media, the reality of the situation is less complicated. “The people were not arrested because they spoke to the press,” police stated. “We stopped them in an orderly manner because they did not comply with police demands.”

Other than the handful of nonviolent arrests, the event was said to have maintained a calm and pleasant atmosphere. Thousands of people were in attendance at the event on Saturday, where Sinterklaas was scheduled to arrive by train at the Apeldoorn station at about noon.

The city put a wide variety of security measures in place for the Saturday event, including monitored access gates, codes of conduct, and beefed up security. Everyone attending the celebration was told they would have to pass through the controlled checkpoints, and people would be stopped and searched at random.

Three locations were made available for demonstrations by organized groups, including three which want to preserve the blackface tradition of Zwarte Piet even as many human rights groups clearly state the racist caricatures should be replaced with something more welcoming to people of all races and nationalities.

Road barricades were erected to prevent all types of incidents, a city spokesperson said. Also much of the city center was declared an event site, meaning no alcohol may be consumed and no marketing material or protest flyers may be distributed. Drones were also off-limits for the day.