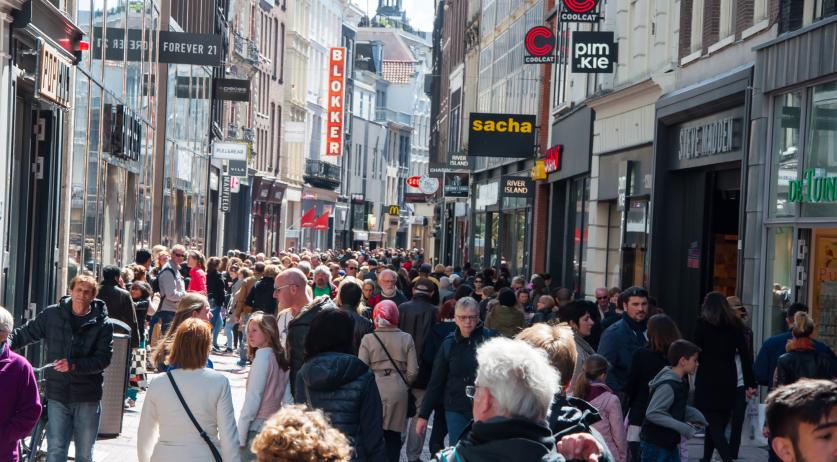 Amsterdam's Kalverstraat and Utrecht's Noordpassage are the busiest main shopping streets, or high streets, in the Netherlands, according to research data from Locatus. In Europe these two streets rank in 17th and 19th place respectively. The busiest shopping street in Europe is the Zeil in Frankfurt, followed by London's Oxford Street and Leicester Square in second and third place.

Locatus compared data from high streets in 63 cities in 21 European countries. The researchers found that European high streets are not doing well. Despite high foot traffic in the famous shopping streets, vacancy is on the rise in all investigated countries. The vacancy rate rose from 7.1 percent in 2018 to 7.8 percent at the start of this year and 9.0 percent in November.

The cause of the increasing retail vacancy was not specifically investigated by Locatus. "But online shopping certainly plays a role in this", researcher Gertjan Slob said to AD. "We see that everywhere."

"The Zeil in Frankfurt is a wide pedestrian street, people like to walk there. The structure of Kalverstraat, for example, is very different, a lot narrower. This way you get less public", Slob said to the newspaper. "The Netherlands also attracts fewer customers in the shopping streets because many businesses close earlier than in other countries."