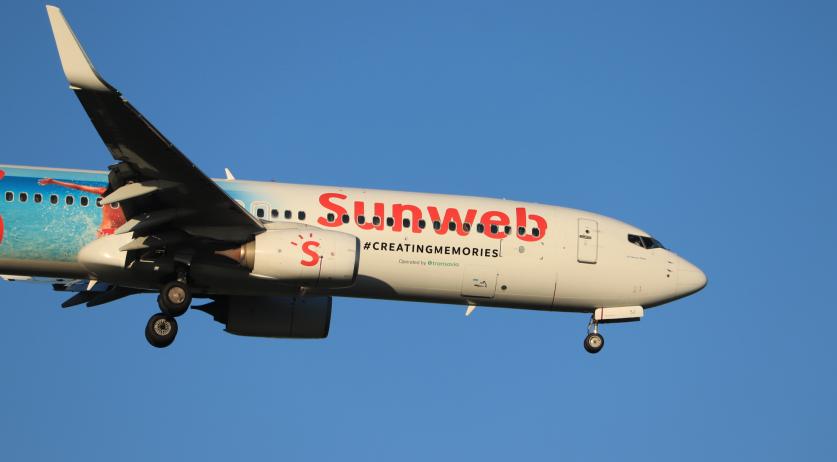 Starting today, travel organization Sunweb will start compensating for the CO2 emissions caused by its package holidays. The organization will not only compensate the emissions of the flight, but also those of associated bus trips, transfers and accommodations. This will cost the company an estimated 1 million euros, but prices will not be raised for customers, Sunweb said, NOS reports.

Sunweb says it is aware that CO2 compensation is not the solution to climate change, but doing a bit is better than doing nothing. "It would be nice if we could fly on electricity or hydrogen in the future and the entire sector should certainly invest in it", commercial director Tim van den Bergh said. "Until then, we will try to minimize our negative impact and compensate for CO2 emissions that we cannot yet prevent."

Many companies do CO2 compensation by planting trees or protecting and preserving existing forests. Others reduce or prevent emissions by, for example, giving people in developing countries more sustainable ovens that use less firewood. Sunweb chose to support the expansion of wind farms in India, among other things.

Sunweb is the latest in a list of companies to start compensating for its CO2 emissions. With over a million customers per year, Sunweb is the first major Dutch travel organization to do so. Smaller providers such as Koning Aap, Riksja Travel and Sawadee Reizen already compensate the CO2 emissions of their trips.

KLM has been offering CO2 compensation as an option to its travelers since 2008. Customers can voluntarily compensate their emissions by paying an amount on top of their ticket price. Around 1 percent of KLM travelers do that.

But many experts are critical of this phenomenon. Ida Sanders, specialist in sustainable transport at Natuur & Milieu, told NOS that CO2 compensation makes barely any difference to a better environment. "You have to reduce CO2, not offset it", Sanders said. "We think the principle of compensation is wrong, because in the end it is not a solution. We just really have to change our behavior and fly less."

According to Sanders, it is not always clear how effective the CO2 compensation projects are. "European research shows that only 2 percent of these types of projects can say that they really make a difference", he said to the broadcaster. He calls compensation "green washing", whereby companies present themselves as more sustainable than they actually are.