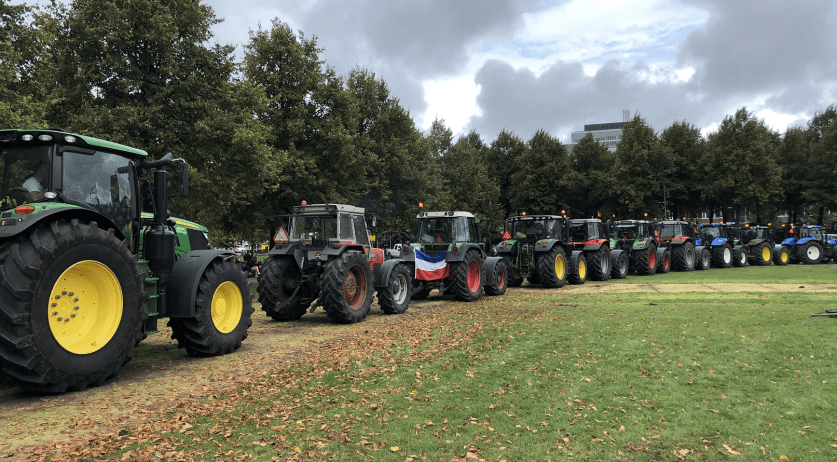 Mass gatherings of heavy equipment on the Malieveld in Den Haag will no longer be allowed to prevent structural damage to a parking garage below the grassy field. The city made the announcement on Wednesday afternoon, as rumors continue to grow that construction workers are planning on convening at the location to protest the national government’s nitrogen emissions policy.

The Malieveld was the center of attention in the Netherlands on October 1 when hundreds of tractors, trucks, and hay balers descended on the pasture next to Den Haag Centraal as the nation’s farm industry carried out their own emissions protest. Many again converged there two weeks later.

“This caused damage to the turf and raised questions about the extent to which the underground parking garage can withstand [these events],” the city said in a statement. Large protests and demonstrations are still possible there as the space can easily carry tens of thousands of people, stages, and toilet facilities, the statement noted.

Workers in the construction sector were expected to demonstrate on the Malieveld on October 30.