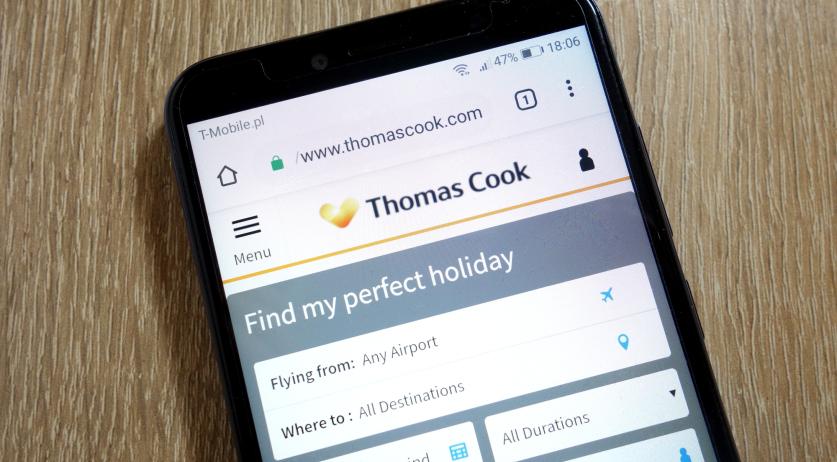 British travel agency Thomas Cook ceased all its activities due to money problems, leaving hundreds of thousands of travelers stranded worldwide. The consequences for Thomas Cook Nederland, which includes Neckermann Reizen, are still unclear, a spokesperson said to NOS.

Currently over 10 thousand people are traveling through the Dutch branch of the travel agency. If Thomas Cook Nederland also files for bankruptcy, these travelers can finish their holidays as planned, the spokesperson stressed. They also do not have to worry about returning home. "Stichting Garantiefonds Reisgelden [the travel guarantee fund] will take all of that over. And we will help where possible", the spokesperson said.

Customers who still have to go on vacation will be rebooked through another travel agency or get their money back. It is not clear how many Dutch people still have vacations upcoming that were booked through Thomas Cook or Neckermann. The travel agency has around 400 thousand customers in the Netherlands each year.

Thomas Cook has been dealing with high debts and disappointing results, partly due to online competition, for some time. Before the weekend, the travel agency announced that it was trying to raise extra money for a rescue plan. On Monday morning, it became clear that those efforts failed.

"All bookings with Thomas Cook, including flights and vacations, have now been canceled", the British Civil Aviation Authority announced. Britain called the repatriation of 150 thousand British travelers the largest repatriation mission the country has ever faced in peacetime.

Worldwide Thomas Cook employed some 21 thousand people in 16 countries, including around 200 in the Netherlands. Thomas Cook was established in 1841.

"It is a matter of profound regret to me and the rest of the board that we were not successful. I would like to apologize to our millions of customers, and thousands of employees, suppliers and partners who have supported us for many years", Thomas Cook CEO Peter Fankhauser said in a statement on Monday. "This marks a deeply sad day for the company which pioneered package holidays and made travel possible for millions of people around the world."