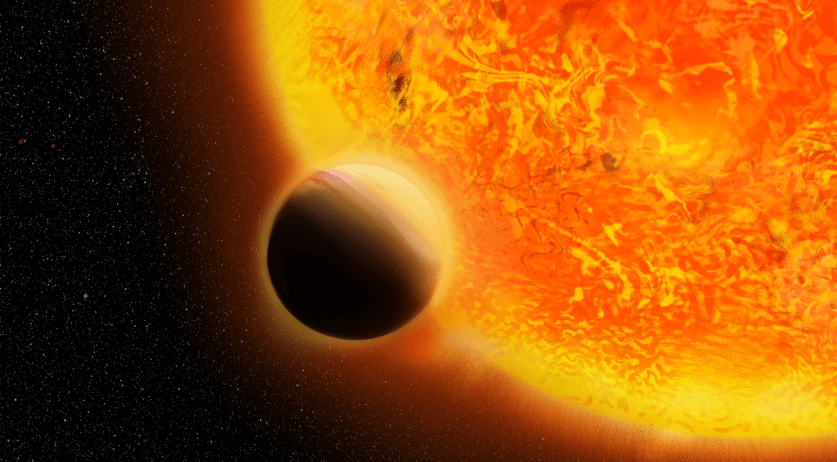 From today the Dutch public can suggest names for the "Dutch" exoplanet that was gifted to the Netherlands by the International Astronomical Union (IAU), to celebrate the union's 100th birthday, the Volkskrant reports.

The IAU is responsible for, among other things, naming planets and other celestial bodies. To celebrate its 100th year of existence, the IAU "gave" planets to over 70 countries to name. The Netherlands got star HAT-P-6, which is 910 light years away from earth, and the planet that revolves around it, currently known by scientific name HAT-P-6-b.

From Wednesday until September 30th, Dutch can suggest names for both the star and the planet on this site. A jury of astronomers and other experts will select five options from the suggestions, after which the public can vote for their favorite one. Voting is expected to open by mid-October.

Proposed names must comply with a set of strict rules. Naming a star or planet after a person is only allowed if the person died at least a hundred years ago. Names may also not be offensive, refer to a brand name, or have strong political or religious connotations. The committee responsible for naming the star and planet are also looking for names that have something to do with each other. "We are looking for a shared theme. When new planets are discovered around the star in the future, we can name the in the same pattern", head of the committee Marieke Baan said to the newspaper.

As an example she mentioned the Wadden Islands - calling the star Texel and planets around it Vlieland, Terxchelling and Ameland. Or focusing on Dutch painters - Rembrandt, Van Gogh, Bosch, Vermeer, Mondriaan and the like.