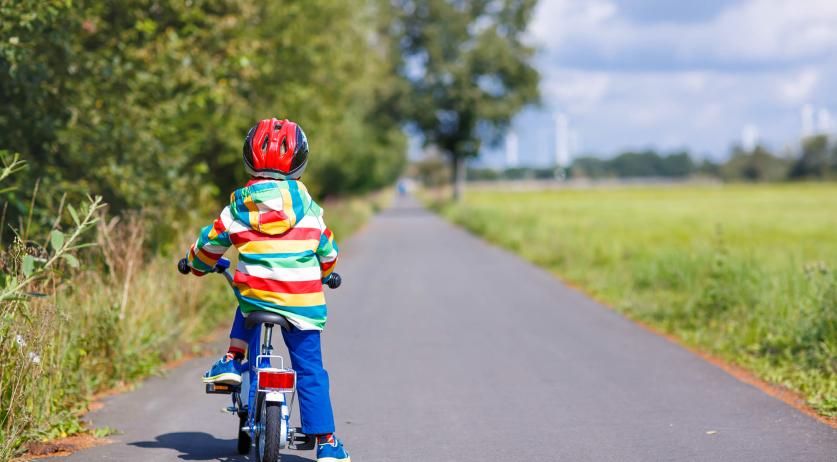 A 4-year-old boy was separated from his parents for several hours on Saturday, without anyone reporting him missing. He was found cycling by himself in Amsterdam. The police finally managed to track down the child's family when they took him for a ride and he recognized someone on the street, Het Parool reports.

The police found the boy on Ceintuurbaan, cycling towards Maasstraat, at around 3:30 p.m. on Saturday. Someone called the police after they saw the boy cycling through a red light. The police took the boy to a police station and spread his description on citizens' notification system Burgernet. The message reached 806 people, but no one came forward to claim the boy. He also could not tell the police where he lived.

Eventually the police and someone from public health service GGD took the boy for a ride, in the hope that he may recognize something. At one point the boy said that he recognized someone. It turned out to be a friend of the boy's family, who helped the police reunite the boy with his parents. The police reported the matter to Youth Care. According to the newspaper, the child spent a total of some four hours with the police.

According to the boy's father, the boy was gone for a total of two hours and was definitely missed. "Graziano was playing in the playground near his mother's house, as he often does", the father said to Het Parool. "Normally he comes in every 10 minutes, but not now. She didn't see him in the playground either." She called the father, who lives elsewhere. He thought the boy was probably with a friend, but went to help look. They eventually found him with the police and a family friend on Maasstraat - a street away from his mother's house.

"He just learned to ride a bike without training wheels and wanted to buy a toy car. He did that recklessly enough that someone reported him to the police", the father said. The boy is doing well, but is a bit shaken. "He is not allowed to cycle for the time being. And if he is going to play outside, someone has to stay with him for now."