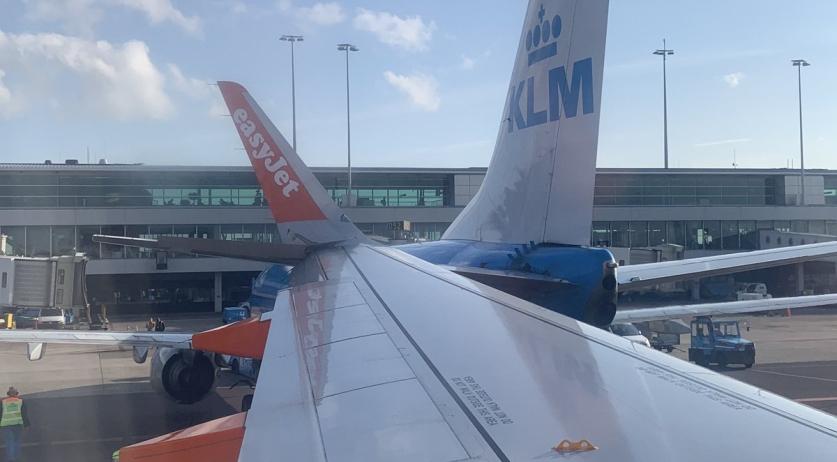 Passenger planes collide at Schiphol; no one hurt

Two passenger planes collided at a gate at Schiphol Airport on Tuesday morning. The KLM and easyJet planes were damaged in the collision, but no one was injured. Schiphol reports that the accident does not yet have any consequences for the other air traffic at the airport, NU.nl reports.

The collision happened while the planes were busy with a pushback - pushing an aircraft away at a gate prior to departure, a Schiphol spokesperson said to the newspaper. How the accident happened is being investigated.

It has already been determined that none of those directly involved were under the influence of alcohol, according to RTL Nieuws. The pilots, the pushback drivers and the air traffic controller are being questioned.

The KLM plane, a Boeing 737-800, was on its way to Madrid. KLM is organizing another plane to take passengers to their destination.

The easyJet plane, an Airbus A320, was en route to London. In a reply to an upset passenger on board, easyJet  said that a replacement plane will be used to take passengers to London. "The safety of passengers and crew is our highest priority and an investigation has been launched in line with procedure."