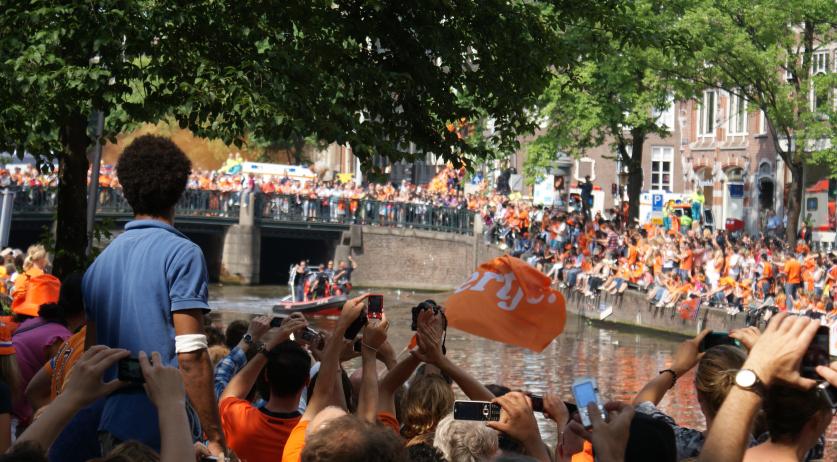 If victorious, Oranje will celebrate World Cup with Amsterdam party on Tuesday

The Dutch women's national football team takes on the United States in the 2019 World Cup final on Sunday. An Oranje victory would mean that the party eventually moves from the Parc Olympique Lyonnais in Lyon, France, and back to the Netherlands.

As champions, the team would celebrate with a floating parade through the Amsterdam canals on Tuesday, beginning at 4:30 p.m., according to plans announced by the City of Amsterdam. A rally would follow the cruise at Museumplein around 6 p.m.

Unlike the parade held for the men's team in 2010, no celebration is planned should the Dutch team lose the final, finishing the World Cup in second place. That decision was at the request of the players and the team staff, the city said in a statement.

Amsterdam was chosen for a potential 2019 party by Dutch football association KNVB. Some 700 thousand people lined Amsterdam's canals and filled the Museumplein for the male footballers' 2010 tour.

The 2019 World Cup Final between the Netherlands and the United States is scheduled for 5 p.m. on Sunday.