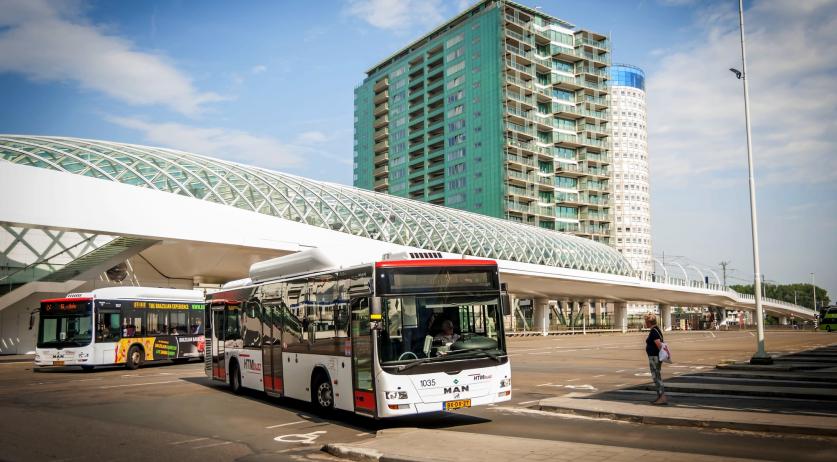 Public transit strike: No trams, buses in The Hague

No buses or trams are running in The Hague between 6:00 a.m. and 10:00 a.m. on Wednesday morning. Employees of city transport company HTM are striking for better working conditions. They want a wage increase and a lower workload, among other things, NOS reports.

HTM said it tried to keep the buses and trams running as much as possible, but that turned out not to be an option. "It is very annoying that our travelers are once again the victim, but we simply do not find it responsible", the HTM management said.

The trains are still running according to schedule during the strike. The RandstadRail is also running between Den Haag Centraal and Rotterdam, but not stopping at any other stations in the region. HTM expects that the trams and buses will be back on schedule by around 11:30 a.m.

Public transit was also at a stand still in The Hague on May 28th, then due to a nationwide public transit strike. The HTM employees are upset that there is still no agreement on improving their working conditions.