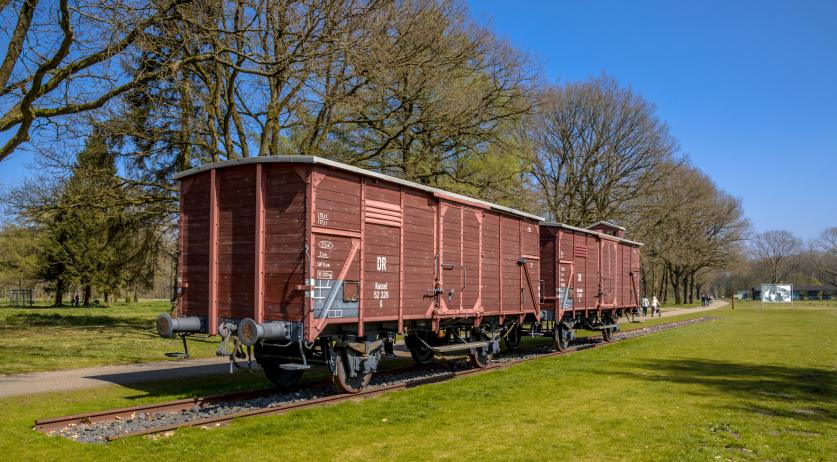 Salo Muller is pleased that, after years of fighting, Dutch railway NS decided to pay compensation to Holocaust victims or their relatives for its role in transporting Jewish people to concentration camps during the Second World War. "I am relieved that it is all over. But when you consider why we're getting compensation, it makes me very sad. People were murdered", he said to NU.nl.

Muller survived the war, his parents did not. He was at the Jewish daycare center in Amsterdam when his parents were taken from the Hollandse Schouwburg to the Auschwitz death camp. Muller was rescued from the daycare center and spent the rest of the war in hiding with multiple families. After the war, it took a long time before Muller was told that his parents were killed in Auschwitz. He only received a letter with this information from the Red Cross in 1948.

In 2014, when the French railway announced that it will compensate Holocaust victims for its role in WWII, Muller decided that NS should also do its part, according to De Stentor. In 2015 he started his fight against the Dutch rail company by sending them his first letter. "I was told 'no' many times, by phone and letters", he said to the newspaper. But he did not give up. "I had confidence that I would succeed. First I did it on my own, sending letters and calling. Later I called in my lawyer. Together we sent dozens of emails, calls and messages."

When Muller approached NS CEO Roger van Boxtel personally, the case started moving, according to NU.nl. On Wednesday NS announced that it would compensate Holocaust victims or their relatives with an amount of up to 15 thousand euros each. Muller is proud of this achievement. "If I did not start it, we would have gotten nothing. There were people who said: 'Stop, you're beating a dead horse'. But through my efforts, and that of my lawyer, something came of it. I am proud of that, yes."

Despite this victory, Wednesday was not a night of celebration, Muller said to De Stentor. "The money is given to people who experienced terrible suffering in the war. This is then only a band-aid on the wound." He emphasized that no amount of money would ever be enough. "If you lost your father and mother in the war and you now get paid an amount, that money is nice, but it doesn't ease the pain."