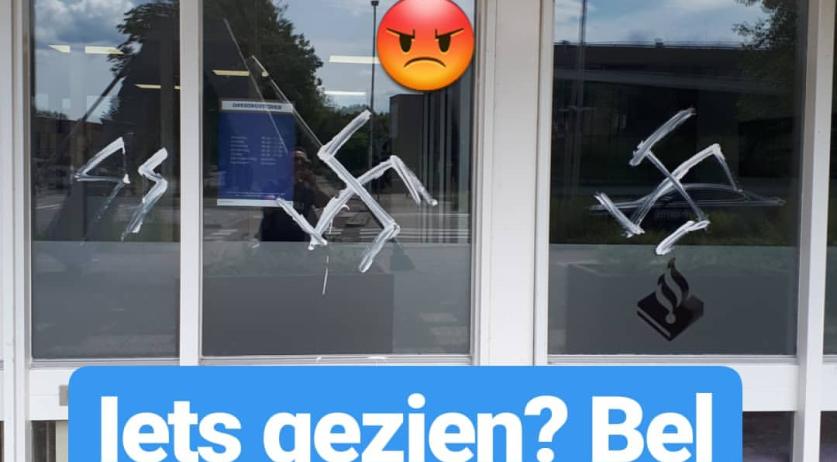 A police station in Zutphen was covered with swastikas and the letters SS, the abbreviation for Adolf Hitler's personal guard and eventual parliamentary organization the Schutzstaffel, local police officer Yilmaz Uluçay said on Instagram. He calls on witnesses to come forward.

The vandalism to the police station on Houtwal happened sometime on Saturday night or early on Sunday morning, Uluçay believes. The Nazi symbols were chalked onto the building's windows.

The police officer has no idea who is behind the vandalism. "It came as a total surprise to us", he said to De Stentor.