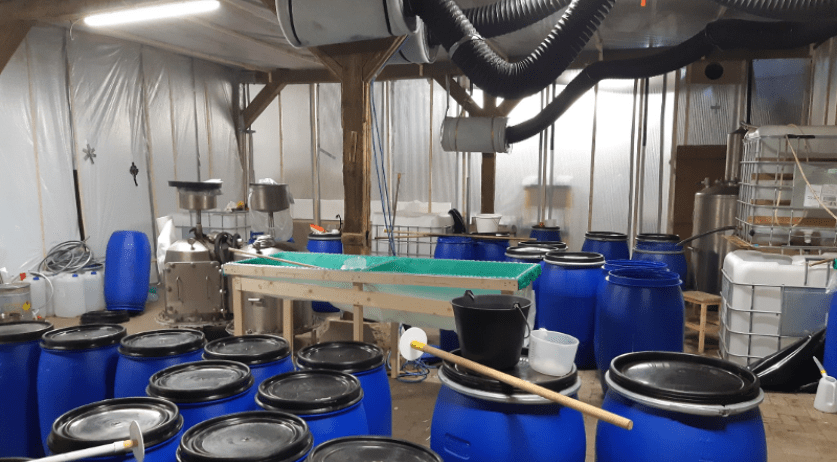 "One of the largest" cocaine labs ever found in the Netherlands, was found in a barn in the Zeeland town of Oud-Vossenmeer on Thursday, the police said. The drug lab was discovered thanks to a tree that was blown over by a thunderstorm on Wednesday night.

A cleanup crew was working on cutting up and removing a tree that fell next to Molenweg in Oud-Vossenmeer on Thursday when they started smelling a strange odor. They noticed men walking in and around the barn. They found this suspicious and called the police to investigate.

Inside the barn, the police found a massive cocaine lab. It concerns a so-called 'washery', the final stage in preparing cocaine - making the cocaine paste ready to sniff. According to the police, this drug lab is so large that it will take days to investigate and dismantle it.

So far no arrests were made. The men spotted around the barn had left the scene by the time the police arrived.