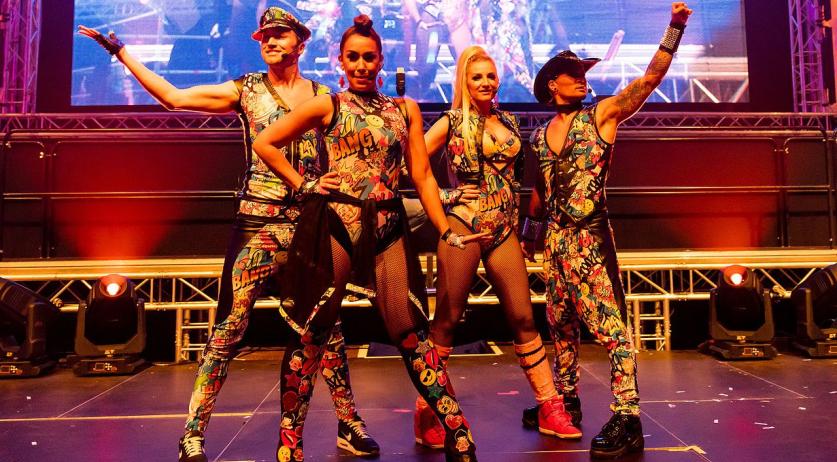 Twenty years after the release of hit song 'We're going to Ibiza' by Dutch band Vengaboys, the song is again a number 1 hit in Austria, thanks to a political scandal in the country. Vengaboys also performed live there on Thursday evening, at a protest demonstration in Vienna, NOS reports.

The reason for the Dutch band's renewed success in Austria, is a leaked video showing Heinz-Christian Strache - the Deputy Prime Minister and party leader of far-right populist party FPO - seemingly making a corrupt deal with a Russian investor on the Spanish island of Ibiza. The video has since led to Strache's resignation, and later also the resignation of Chancellor Sebastian Kurz.

German comedian Jan Böhmermann jokingly posted a clip of the Vengaboys' 1999 hit song on Twitter. The tweet was shared by millions of people and 'We're going to Ibiza' grew into the protest song against right-wing populism in Austria.

The song is now also a number 1 hit in Austria, and the Vengaboys have been flooded with requests to perform in the country. Due to scheduling conflicts, the Dutch band can not agree to all requests. But they did make time to perform at the demonstration in Vienna on Thursday, where they performed 'We're going to Ibiza'.

Thank you! ✨ We had so much fun yesterday & you all were amazing 😍🥰 pic.twitter.com/iyWoLr5FC2

We love you #Vienna! ❤️ pic.twitter.com/qepq1w6Hpe