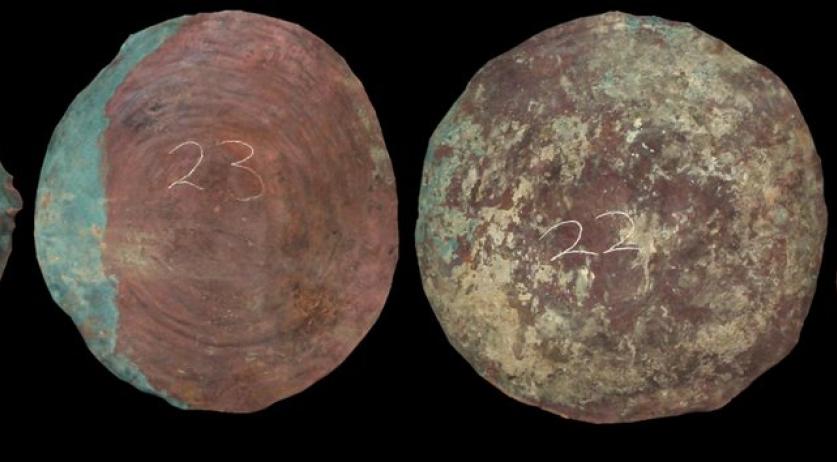 Researchers found a Dutch shipwreck from early in the 16th century while cleaning up containers that went overboard from the MSC Zoe on New Year's eve. This is the oldest shipwreck ever discovered in Dutch waters, the National Cultural Heritage Agency said on Wednesday.

"This can rightfully be called a lucky accident", Minister Ingrid van Engelshoven of Education, Culture and Science said. "This spectacular discovery was made while salvaging containers. I am very curious about what information will be revealed. That is also the beauty of archeology: it stimulates your curiosity and imagination. I find this discovery an enrichment of Dutch heritage."

During the container salvage operation, copper plates and wooden beams were found. An archeological investigation was immediately launched. According to the Cultural Heritage Agency, the wooden beams came from a ship with a smooth hull that was likely around 30 meters long. The wood was further examined and this revealed that it was felled in 1536 and that the ship was built in the Netherlands around 1540. It sank while transporting copper plates.

Investigation into the copper plates dated them to around the same period. An interesting detail is that the plates are marked by the Fugger family, who had a monopoly on copper production in the 16th century. "The find is of very high cultural and archeological value", the Cultural Heritage Agency said.

The Agency will soon launch on-site research into the shipwreck.