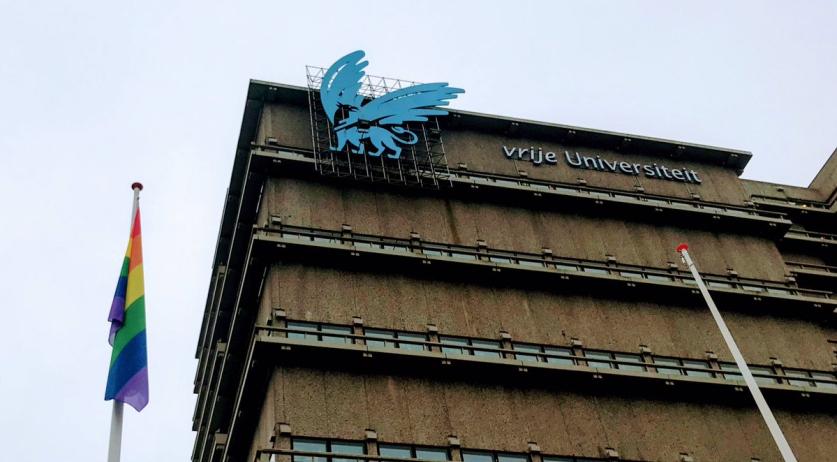 The Vrije Universiteit in Amsterdam is considering taking steps against Piet de Vries. The theology lecturer compared the gender discussion with the situation in the Second World War, when the Nazi ideology was "forced upon the Netherlands". The board of the university announced that it will have a firm talk with the man and take appropriate action, NU.nl reports.

De Vries was one of the initiators of the Dutch translation of the so-called Nashville declaration. The document was written in the United States in 2017. It explicitly rejects homosexuality and transgender people, and suggests that sexual orientation and gender are things people can be "cured" of. It also stresses that marriage is a covenant between one man and one woman. Hundreds of Dutch pastors and other orthodox Christians signed the declaration, including SGP leader Kees van der Staaij.

In an interview with newspaper AD, De Vries said that sexuality is "for a man and a woman who remain faithful to each other for life". He said that this belief is under pressure due to "aspects such as cheating, divorces, sex before marriage and homosexual relationships". The lecturer then made a comparison with the Second World War. "When the Nazi ideology was forced on us, the churches were silent. Now that gender ideology has begun, churches are again silent too often. We have to make ourselves heard", De Vries said.

These statements prompted the Vrije Universiteit board to have a firm talk with De Vries. The university will also take "appropriate measures" against the lecturer. According to the university, De Vries now regrets his statements, but it is still clear "that a line has been crossed".

The board of the Vrije Universiteit also stressed that it distances itself from the lecturer's statements and the Nashville declaration. "At the VU you can be who you are, say what you think, and love who you love. Because there seemed to be some doubt about this, we hoisted the rainbow flag yesterday and today [Monday and Tuesday] to say: Be welcome at VU."

LGBTQ interest group COC is holding a "Celebration of Love" at the Gay Monument in Amsterdam from 7:00 p.m. on Wednesday.